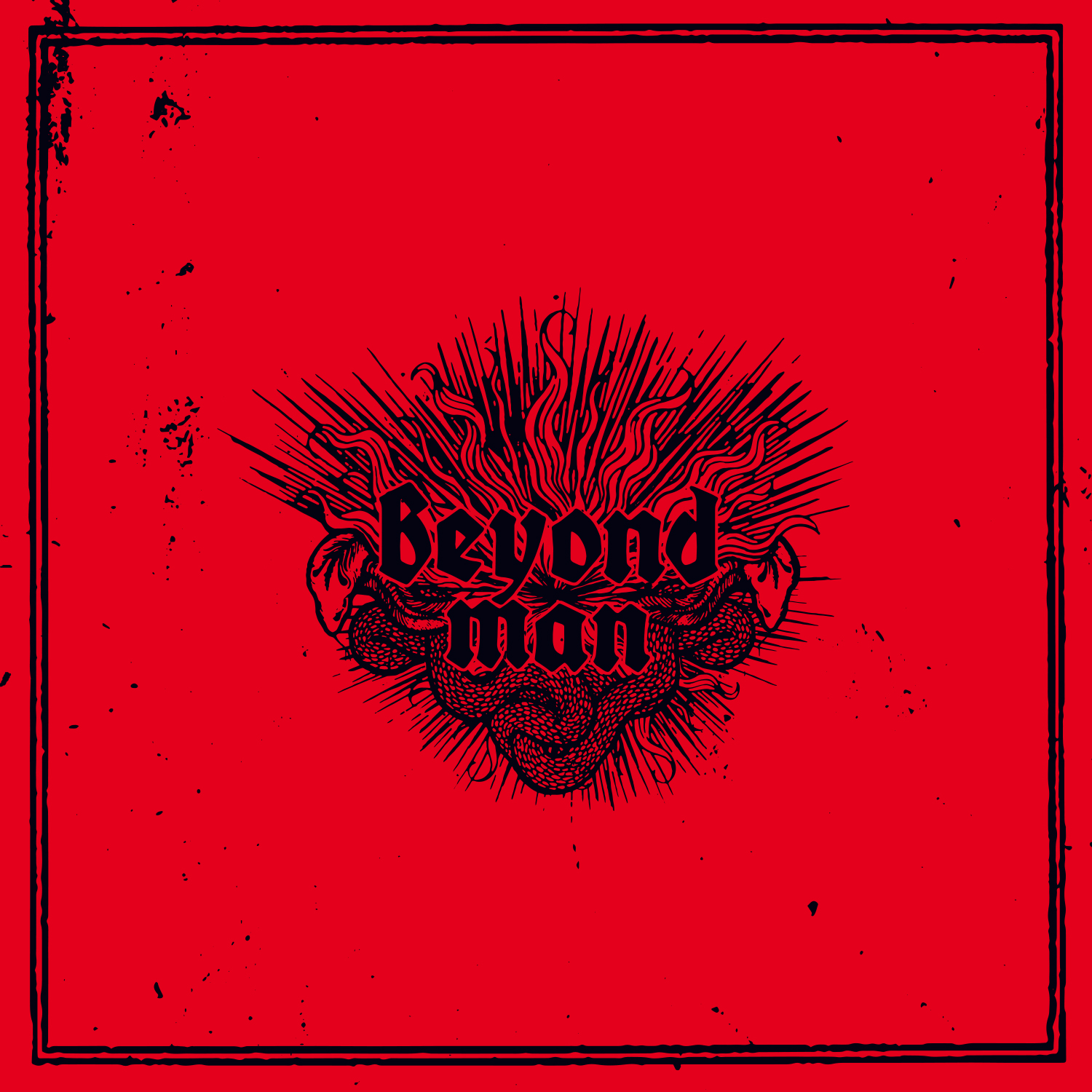 From the ashes of Vordrinn arose Beyond Man, a constellation consisting of members of the Trondheim Black Metal scene. But the band members soon turned their focus on their other projects including Aptorian Demon, Saligia and most notably Mare and One Tail, One Head, and Beyond Man fell into a twelve-year slumber. It wasn’t until 2020 that Beyond Man was reawakened, relighting the fire in the band that led to their self-titled debut record in 2021.

The tracks that appear on ‘Beyond Man’ are a mix of songs that already existed in some shape or form before the twelve-year hiatus and tracks that were conceived upon the reactivation of the band. Like the music of their other bands, Beyond Man’s sound is deeply rooted in old school Norwegian Black Metal. Due to the recognizable voice of Beyond Man vocalist Wraath, the comparison with his old band One Tail, One Head is inevitable. And a track like `Helel Ben Sahar’ could be fairly accurately described as a mix of the ferocity of One Tail, One Head with the oppressive atmosphere of Mare. Beyond Man goes a bit further than that though and ‘Art Beyond Man’ blends filthy Black Metal with Doomy riffs that sound like a direct homage to Black Sabbath. Some tracks feature some atmosphere-enhancing ambient samples and synthesizers, but in the case of ‘Ave Usera’ it can’t really prevent it from feeling a bit neither here nor there. Instead, the atmosphere is much more striking in final track ‘The World Encircler’ that nicely builds up the pace as the song progresses but is a bit hampered by some suboptimal clean vocals. I guess sometimes I would rather just have a straightforward track like `World Without End’, an excellent old school Norwegian Black Metal track with guest vocals by Lord Nathas of Funeral Harvest.

‘Beyond Man’ is not perfect, but it’s a solid and intense Black metal album that feels like it strikes a good balance between earlier works of Mare and One Tail, One Head while adding some new elements. Let’s hope we won’t have to wait another twelve years for the next Beyond Man album to appear.