Cathartic – Through the Abysmal Gates of Subconscious 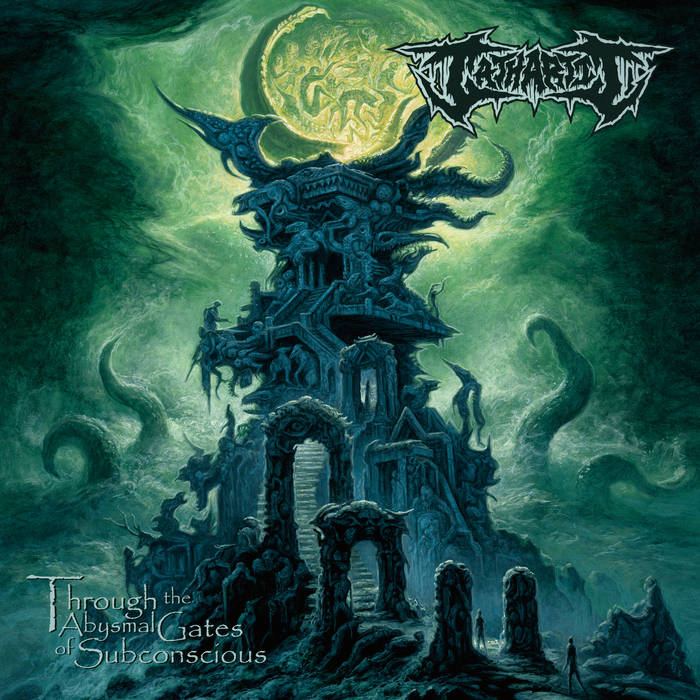 ‘Through the Abysmal Gates of Subconscious’ is the debut album from Mexican Death Metal quartet Cathartic, and has been released on both CD and cassette through three labels, Metal Coffin Records, Awakening Records and Concreto Records. Three members of the band were part of the now defunct Death/Thrash band Iron Force.

Cathartic’s style is one of chaos and carnage, interspersed with small elements of groove. They play with huge riffs, bombastic drumming and a bass happy sound which is all topped off by raw, slightly strained sounding growled vocals. their sound is so chaotic in places that their rhythm appears to lack a little something in the cohesion department; a trait the band try to mask through the application of sheer brutality.

In moments of slower groove the guitars start to sound heavy and cumbersome and the end result is a little clunky. There is also a disconnect for me between some of the drum tones, as if every now and again a stray beat meanders out of sync with the rest of the them. there are a few attempts at technical nuance with the addition of some standard guitar solos here and there, but for the most part ‘Through the Abysmal Gates of Subconscious’ is a turgid example of savagery over substance, and the album lingers not in the memory.