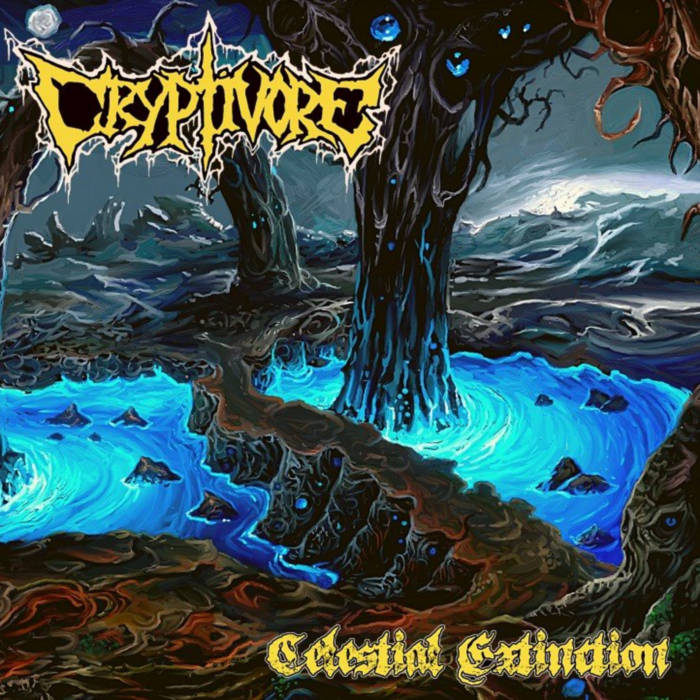 The first demo of Australian one-man band Cryptivore was already received with great enthusiasm on our pages. My colleague was shocked by the quality the band had in its demo stages and compared it to Entombed and Death on their ‘Left Hand Path’ and ‘Leprosy’ albums respectively. Though I will not take anything away from anyone’s personal opinions, I respectfully beg to differ.

Not so much about the quality claim, but even more so on the band’s main influences. Though I am not completely against a comparison with a Swedish band, because Cryptivore uses a distinctive Swedish sound, but I never found anything that remotely sounded like Death. Instead it is purely Swedish-oriented Death Metal, but not quite in an Old School Swedish Death Metal fashion, yet more a modern day sort of Swedish vibe. In fact, Cryptivore sounds just like your next random Rogga Johansson record, being either Paganizer or Ribspreader for that matter. It has those same sort of riffs, simple leads and even the vocals are so reminiscent to Johansson’s that I double-checked if he wasn’t in this band too, but, above all the almost identical digital production makes a comparison with Paganizer almost inevitable.

Just like Paganizer, or any other Johansson-band, Cryptivore released a decent yet little exciting record. There are literally a hundred or so bands with a similar sound (of which Johansson takes at least half), so Cryptivore doesn’t rely on originality, but I can’t imagine that that was the attitude at all. Everyone has to decide for themselves if this is the kind of Death Metal you’ve been waiting for, if simple riff-oriented Death Metal is your thing then Cryptivore fits in your collection. If you’re looking for something more, you better pass this one up.