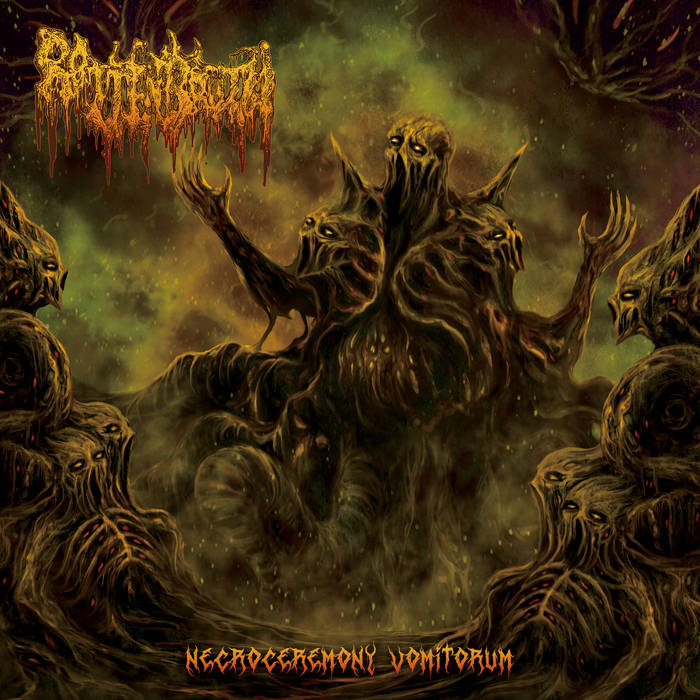 Danilo Vagner of Papa Necrose, another Old School Death Metal band from Brazil, started Rottenbroth in 2014 and released his first effort, the “Visions of Autopsy” EP, which was a solo effort although I received help from Morbid Perversion’s drummer Lunatic.

On “Necroceremony Vomitorum” he recruited Vitor Giovanni (Escarnium) and Diego Corpsegrinder to create a power trio to raise hell. With a cover of Asphyx’ “The Rack” on the EP and Autopsy’s “Gasping for Air” on this one, it is clear which bands are having impact on Rottenbroth, along with Impetigo.

Mid-paced rotten Death Metal which is a nice listen, but it is not a remarkable album. (Ricardo)