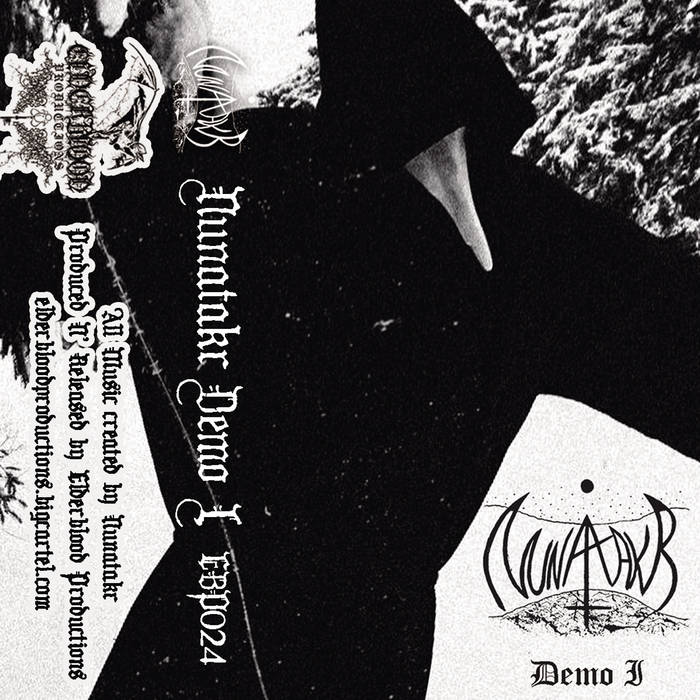 A newcomer from Germany, Nunatakr debuts its demo in a year when Raw Black Metal is at an all-time high in terms of not only quantity, but also quality releases.

Keeping up with all the releases of the past few months (and the ones to come), has been proven as an arduous task. Especially because for one to stand out among proverbial oceans of raw music, it’s necessary to have that something else to captivate the listeners.

Here on ‘Demo I’ we are presented with just three tracks of fast and suffocating Raw Black Metal, which is quite similar to early Leviathan demos to an extent. Especially when we compare the vocal delivery, which is heavily distorted and abrasive.

But even so, there are nice contrasting moments where clean vocals took over and employed a more introspective tone to the music. Which can be relentless and violent most of the time, however it also has its moments of serene introspection here and there.

During my first listen to this demo, my first impressions weren’t so positive. The vocals may have sounded a little too high in the mix, the drum machine (I assume?) could have used a bit more reverb and maybe even more gain.

But despite these details, I kept coming back to this demo, and each time I did so, my opinion would change a bit.

For a first output, ‘Demo I’ is a solid effort into making its mark into the ever flowing stream of Raw Black Metal. (D.F.)