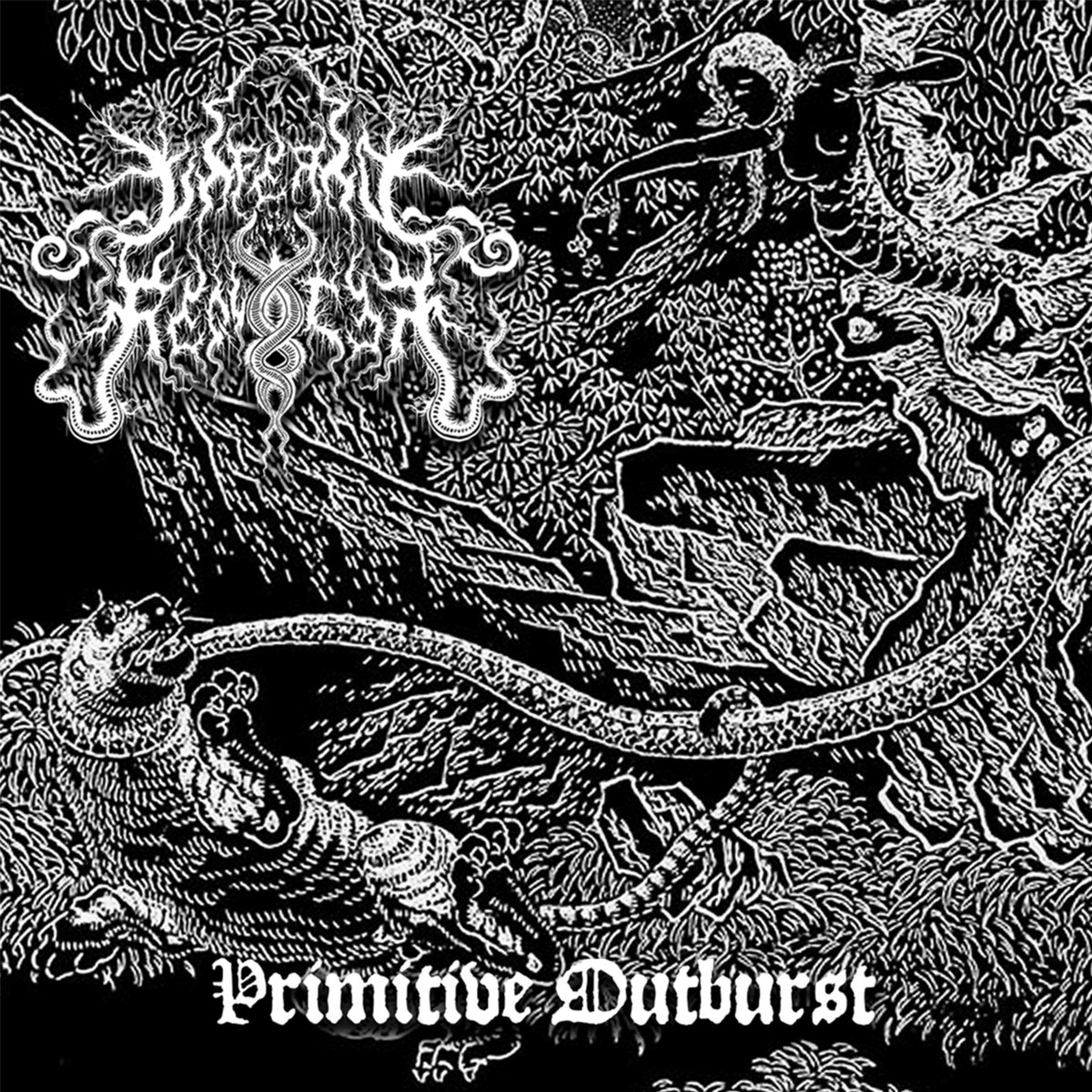 “Primitive Outburst” is a compilation, featuring the three tracks from the 1999 demo, re-recorded and three songs recorded in 2018. Main man Fog did an excellent job re-recording these three demo tracks, for they blend in perfectly with the other three songs. Musically, Inferno Requiem is heavily influenced by the Scandinavian (Finnish) Black Metal scene, although Fog adds his own elements to his compositions. Especially in the production of his songs, everything is perfectly balanced.

The music, can be expected is full of abrasive and hectic tremolo riffs, blastbeats and Fog’s hysteric vocals, which sound like a mixture between a savage howling in agony and a growling bloodthirsty frenzy. The album has a clear, solid and very professional overall sound and production and the Black Metal played by Fog also boasts that untamed epic feeling you get from listening to some of the Finnish black metal bands like Satanic Warmaster & Sargeist. There’s also an additional Satanic Warmaster cover ( “Strength and Honour” ) on it and a very decent live recording. The word ‘compilation’ doesn’t exactly describe the nature this album, since all songs were completely re-arranged and/or newly recorded.

Fans of raw, fast and unpolished icy Scandinavian influenced Black Metal with an epic feeling, a top notch production & no sissy keyboards can purchase this album blindly. Grab a copy while they last. (LV)