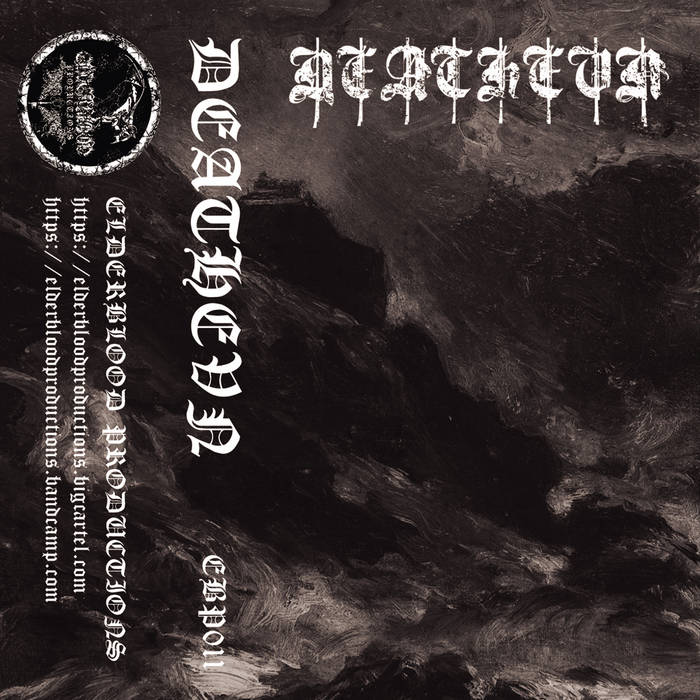 Deathhevn is a new one-man Black Metal band fronted by Warped Blasphemer aka Upiór from Poland. A musician also active in Dagorath, Nurt Ognia and Xarzebaal. The latter have been reviewed in the past by VM-Underground

Deathhevn is the first release – being a 6-track EP. It drew the attention of Elderwood Productions, who immediately spotted the potential of the material and decided to re-release it on tape. VM-Underground managed to obtain a copy of this limited tape.

The music from Deathhevn is chaotic, yet well executed harsh Black Metal with deep sinister, savage vocals and sublime guitars that have the effect of sandpaper rubbing against your ear drums , supported by the murderous rhythm section.

Most of the six tracks are up-tempo, although not always at blast beat speed. The amazing tremolo picking on the guitars also results in cold, eerie melodies which remind of the first Burzum albums. Each and every track is well-composed, overall sound and performance are impeccable.

Lyrical themes include devil worship, death, and ritual murder as I was told.

In short: his Deathevn EP is not only 100 % genuine satanic Black Metal, it is also quite unique, both in ambience and sound. It’s a killer EP!!

Since there are only 6 untitled tracks or roughly 22 minutes on this EP, I do hope a future recording is planned. For now you can enjoy this first effort. (LCF)