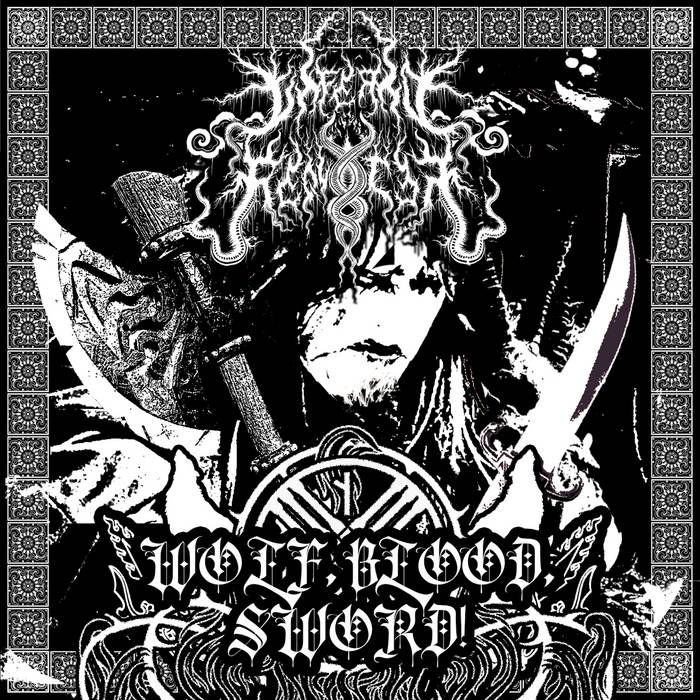 Taiwan’s Inferno Requiem began forging a tetralogy with 2019’s ‘Wolf From Onon’ Realm’ EP and finished it with 2021’s ‘Vultures’ EP, now Elderblood Productions scraped all of those ‘Golden Horde’ tracks together on this compilation CD. All of these tracks together tell the tale of the Tartar/Mongolian army, one of the strongest and most merciless and dominant armies ever to roam the planet. Inferno Requiem’s Fog based the inspiration for these nine tracks, with a total playing time of well over 72 minutes, on all the tales, myths and, in his own words, his own wild imaginations.

With none of the songs unreleased, this is more of an overall picture of the conceptual ‘Golden Horde’ story. Musically, Inferno Requiem brings its trademark Raw Black Metal with that deep melody and raw production. All ingeniously put into well-written and adventurous songs that give you every opportunity to create your own images with the music. With this, you are further helped along the way by the use of various samples, from Mongolian guttural sounds to horses and gunplay. The dynamic musical violence therefore fits well with the ferocious intellectual concept.

Although its running time makes it quite a sit-down, the added value of these four EP tracks put together is great because of the conceptual nature of the songs. For now these tracks have only been released on a very limited edition of 100 CDs. As these tracks are among the best of Inferno Requiem’s work, I would definitely argue for a rerelease and also for a release on cassette tape and a nicely done double LP.