Nightfall – At Night We Prey 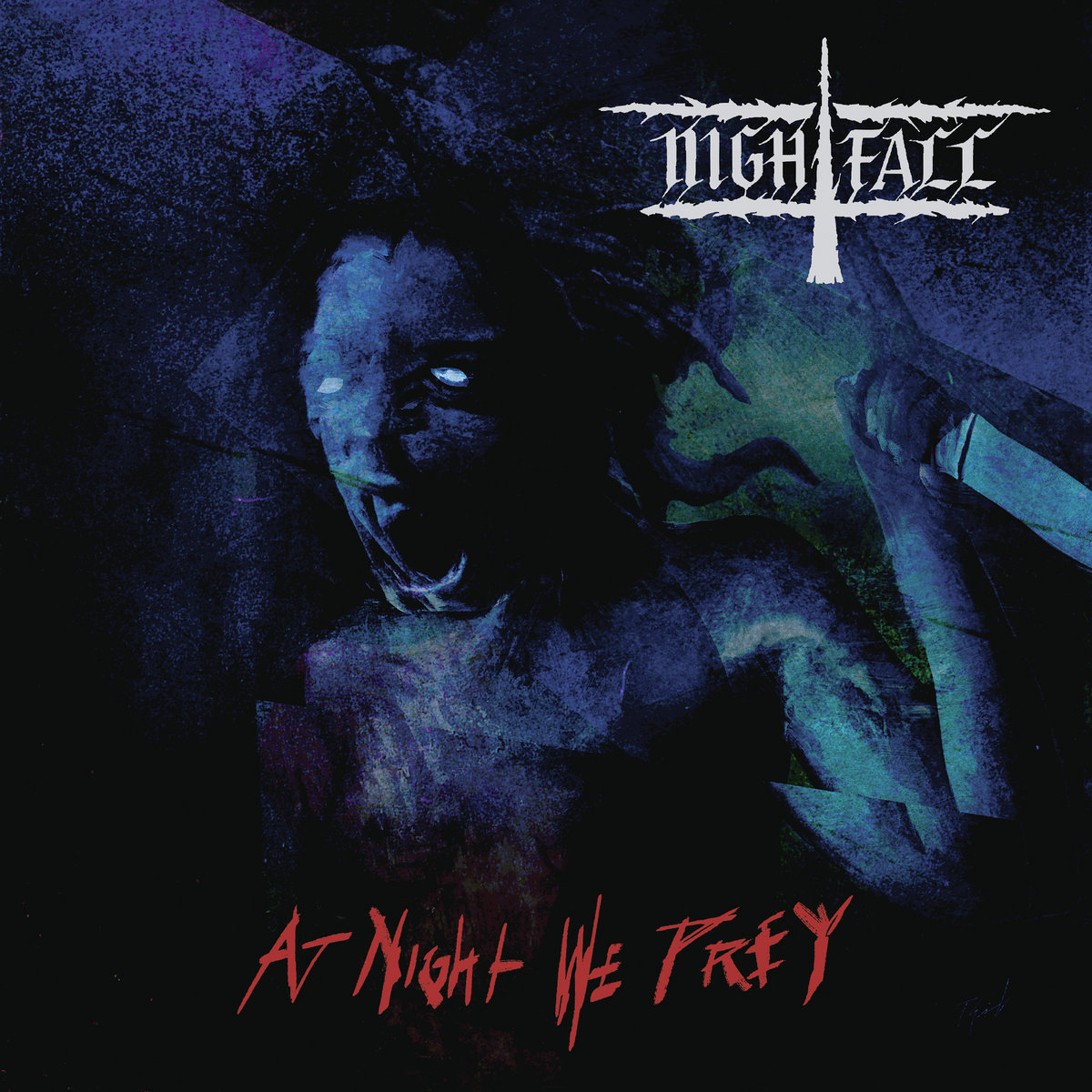 Within the enigmatic Greek Black Metal scene Nightfall has always been a little of an outcast, both in terms of personnel as in the way they musically incorporated their Greek roots in their music. While a lot of other early Greek bands usually shared more than one bandmember, that was not so much the case with Nightfall (though current drummer Fotis Benardo, since 2020, used to be behind the drumkit for Septicflesh and Necromantia too). Whether that was the reason the band had a whole different idea of blending extreme metal with these mystical melodies that typify the Greek Black Metal scene, or simply because they envisioned a rather different musical turn remains unclear.

Whatever the case, Nightfall always sounded much different from, let’s say, Rotting Christ, Varathron or Necromantia. Much less Black Metal oriented with a strong Death Metal foundation, yet also blending in the ever-enchanting melodies that captured that Greek souls which is solidly embedded in the country’s extreme music scene. Though having a somewhat more Death Metal sound was not exclusive to Nightfall, a band like Horrified had a similar approach on their amazing ‘Eternal God’ 12” EP (1991) and ‘In The Garden Of Unearthly Delights’-album (1993), yet Nightfall had much more of a  Gothic vibe going on. That made Nightfall’s first three albums rather unique pieces of (Greek) metal, blending Black Metal with Death Metal, and having strong 80’s Gothic influences.

While those these three albums almost equally divided in its musical influences, the last one already tended to be more experimental with such things as Middle-Eastern elements and melodies, they can be regarded as pretty much underappreciated Greek metal albums. Yet, with three high-quality albums, all three on the great French Holy Records label, under their belts, the band decided to push the balance more to the Melodic Gothic part. With the albums that followed by the end of the 90’s, Nightfall completely detached themselves from their roots. In hindsight, their third record, ‘Athenian Echoes’ (1995) turned out to be a transitional album that lived pretty much up to its title, echoing the very last bits of that typical Greek sound.

Yet, Nightfall kept on releasing albums, which almost all gained very little praise by both fans and critics. The ultimate low was reached with the rather hideous ‘Diva Futura’-album from 1999, which captured the band going Goth Rock with all sorts of native melodies; the title of one of the songs, ‘The Sheer Misfit’, sums it up so well that you don’t need 1.000 words.

It was from 2010’s ‘Astron Black And The Thirty Tyrants’-album that the band seemed to be slowly returning back to form. With the band gradually returning to their roots, it was the more surprising that the band seemingly went into an extended hibernation after their 2013 album, only to return last year with this new record, ‘At Night We Prey’, which, frankly, is their best record since their early three ‘classics’.

It nicely blends in all those familiar ingredients. It again has that firm Black/Death Metal basis and Nightfall refound those Gothic melodies and freely uses samples, keyboards and female vocals. Yet, it never goes into all too mellow territories or get to the cheesy side of things, the blast beats and rumbling bass are equally present making it a very well balanced effort again. The rough vocals seemed to have gained a little more depth, which counterbalances the melodies, in more or less the same harmonious way Septicflesh does. Most striking difference with the bands ‘golden days’, is the updated sound, a powerful sound that gives much space for the guitars and the remarkably present and well-played bass to shine through. Again, pretty much the same way Septicflesh updated their sound, a punch production with lots of texture to the guitars, but a little bit to expense of the atmosphere of yesteryear.

All in all, ‘At Night We Prey’ is more than a decent album, it captures the real Nightfall spirit but the band also managed to fit into a contemporary sound. Regardless of preferences and personal tastes, I guess this album is a treat for everyone who loved the early stages of the band and is not averse to modern-sounding productions. If you happen to have been a fan of the mid-period Gothic albums, I am afraid Nightfall has definitely strayed from that path.