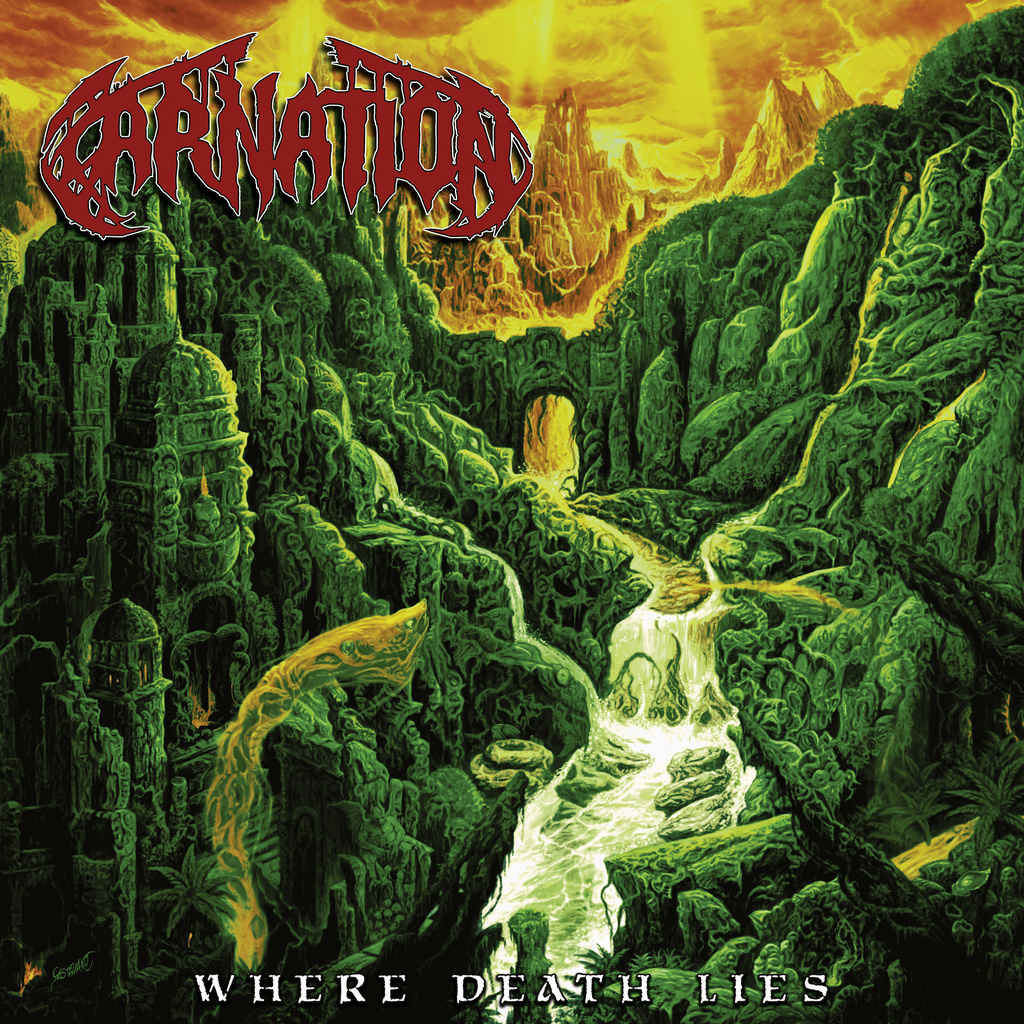 In a world with every metal genre that seems to try seemingly unrealistically hard to reinvent the wheel, I find Old School Death Metal quite refreshing even in the year of 2022.  I find an album even more refreshing if it was made relatively recently and calls back to the glory days of Death Metal.  Released about two years ago, Belgium outfit, Carnation certainly satisfies my craving for the genre.  Even among insanely powerful bands in this genre such as Dismember, Bloodbath, Thanatos, and Unleashed, this five piece in particular can definitely hold their own.  This is a classic sounding dual guitar attack similar to the bands already mentioned and is beautiful in it’s simplicity.  While the solos are not as memorable as from the old Florida style of the genre, what few solos present are competent enough to help keep the listener’s ear to these finely crafted songs.

One of the songs that stands out in particular to me is “Sepulcher of Alteration,” which starts out strong and plows forth with some riffs chunky enough for any caveman to pick up with chopsticks.  The songwriting is fluid and will take the listener on a journey the way 90’s styled Death Metal was meant to.  The riffs change up with the blasts picking up at key moments, but never linger for too long.  The title track which sounds very familiar in all the best ways should also be heard, as this is very reminiscent of Entombed’s legendary debut album.  This Belgium outfit certainly has aimed high with this release.

This album did not drag on for too long at all and is begging for repeat listens.  Honestly, this album is worth buying for any Death Metal connoisseur looking to fill up their space with some solid releases.  Not only are all songs well done, but there is a sense of closure while the last song ends with the sound from the beginning of the album.  It will be said again, this is an album to come back to and should be heard for fans looking for that Swedish and Netherlands OSDM sound of old.

This album might not be better than the classic albums of the other groups mentioned, but this younger band is certainly looking to hold their own with their hefty riffs, pounding drums, and well placed vocals in the vein of a mixture hearkening  to Krisiun and Bloodbath.  Even the artwork should be mentioned as it begs my mind to  revisit such vivid covers as Suffocation’s “Souls to Deny,” and Benedictions “Transcend the Rubicon.” This album is not perfect to me, but it sure tried it’s damndest as it did everything right.  My only complaint is the lack of numerous solos, but then again, that is really not what this fine release is about.  Still, this albums is absolutely recommended.  (Old Man Stares)