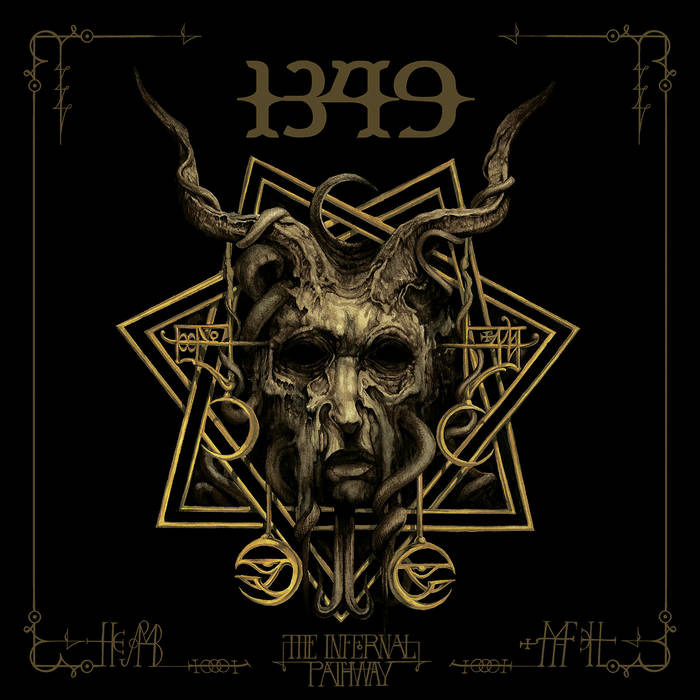 “Hellfire“ was my first introduction to 1349 and it blew me away with that aggressive, fast forward attack the band delivered. A lot happened since. The band went through different realms on their (infernal) path, be it the more experimental “Revelations of the Black Flame“, “Demonoir“ or the chaotic and complex “Massive Cauldron of Chaos“.

The songs on “The Infernal Pathway“ are straighter, more fluent. The complexity in breaks, riff variation and structure are often combined with a straight forward approach and a sense for melodies and catchy moments. There is a strong amount of 90s Immortal (Thrash induced chaotic riffs that should please also fans of Morbid Angel and the likes) of “Blizzard Beast”-era. The production is modern, yet not too clean, but also not as raw as “Hellfire“ for example.

Ravn spits fire and venom, sounding more like Pascal from Massacra or a slightly deeper version of Silenius (Abigor). I needed more than one spin to get a picture of the entire record. Propably due or thanks to the interesting arrangements and the technical level at their instruments, which have a lot to offer, without falling into wankery.

A strong return, more on the Black/Thrash side of the spectrum, with some nice melodies and leads throughout the album and a good dose of speed, groove and atmosphere. “Hellfire“ remains  my favourite still, but this album is enjoyable and marks another fiery step on the infernal path of 1349. (DPF)