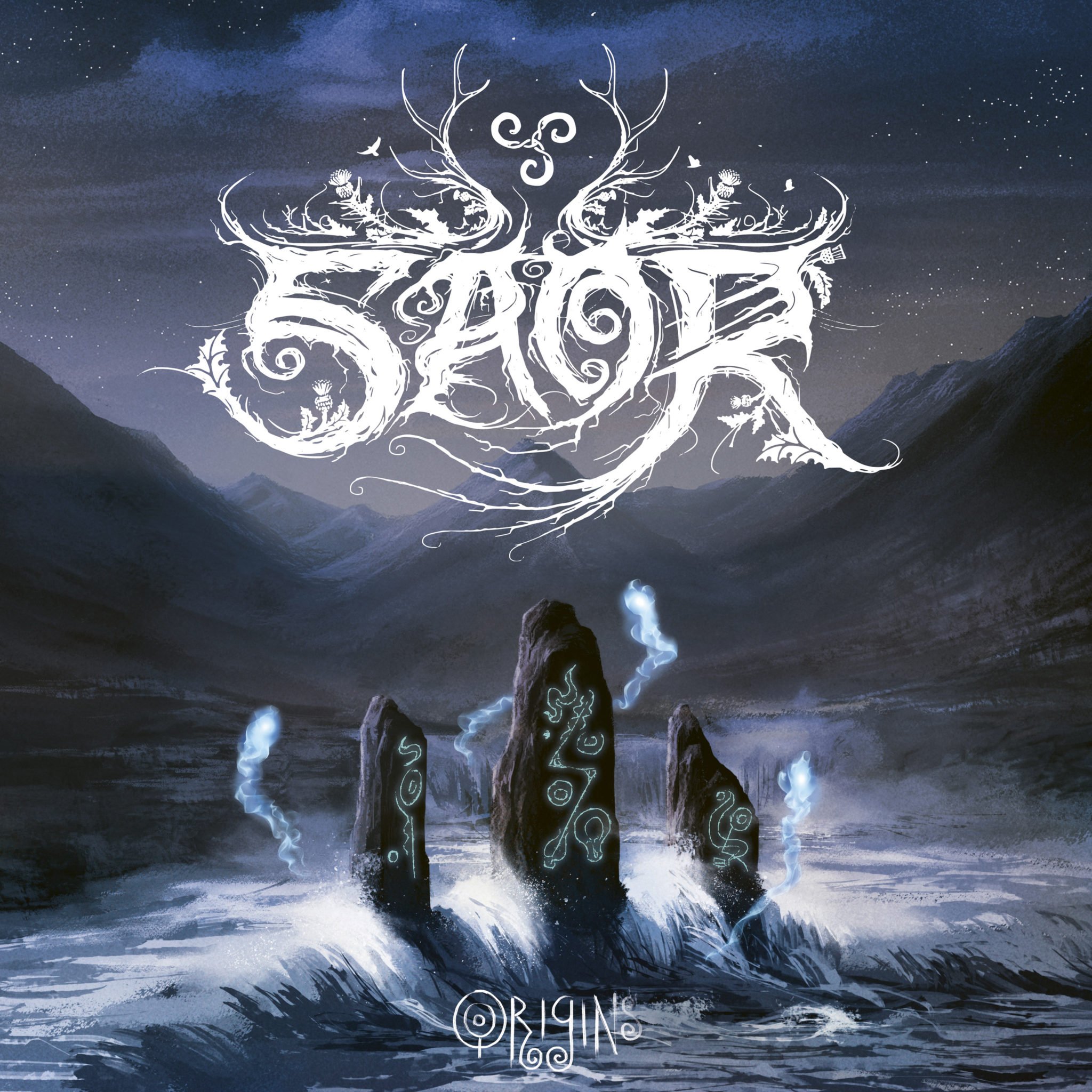 With Saor celebrating its tenth anniversary this year, it’s safe to say that Andy Marshall has (much) more to offer than just the sum of Black Metal and Scottish Folk elements. The four albums preceding this new ‘Origins’, show that Marshall is a visionary and gives musical shape to something bigger than just the well-trodden paths of Folk-tinged Black Metal or what is nowadays referred to with the over-hyped and redundant term of ‘Cascadian Black Metal’.

The generally somewhat less touted predecessor, ‘Forgotten Paths’ (2019, Avantgarde Music) has raised questions here and there as to whether Saor is a band on decline or if it will simply prove to be a lesser record in its discography. While I personally have no problem with ‘Forgotten Paths’, I dare to say that ‘Origin’ can be put amongst the best  Saor-albums. Perhaps it is not quite equal to ‘Guardians’ (2016, Northern Silence Productions), but at least the title of this new work does seem to hint at a return to a somewhat more Black Metal origin. Where the emphasis in the previous work occasionally seemed to be more on the Scottish background, here Marshall goes back more to a 90’s Black Metal sound – although difficult to compare, bands like Ulver and especially Borknagar seem to be a major influence. Of course, again, this doesn’t take over, as Folk is a key element in the sound and thus forms the core of Saor. Still the galloping guitars duels with the bagpipes, enchanting melodies and the epic baritone vocals and merge together in an exciting sounding trip through the rugged Scottish Highlands. The extra investments in the heavy riffs and the shortening of the playing time of the songs (still around seven minutes), also give extra power to the dynamics that always embodied the music anyway. The contrast, or the interplay, if you will, are rampant on ‘Origin’ and makes it an even more compelling and daring experience.

It’s hard to say whether those disappointed by ‘Forgotten Path’ will catch on again, but I dare say Saor has taken the lead in this genre. Marshall has been leading his brainchild along breath taking and adventurous paths for ten years now, with the term ‘Black Metal’ losing more and more of its meaning and with Saor taking on ever larger forms and becoming an entity on its own.