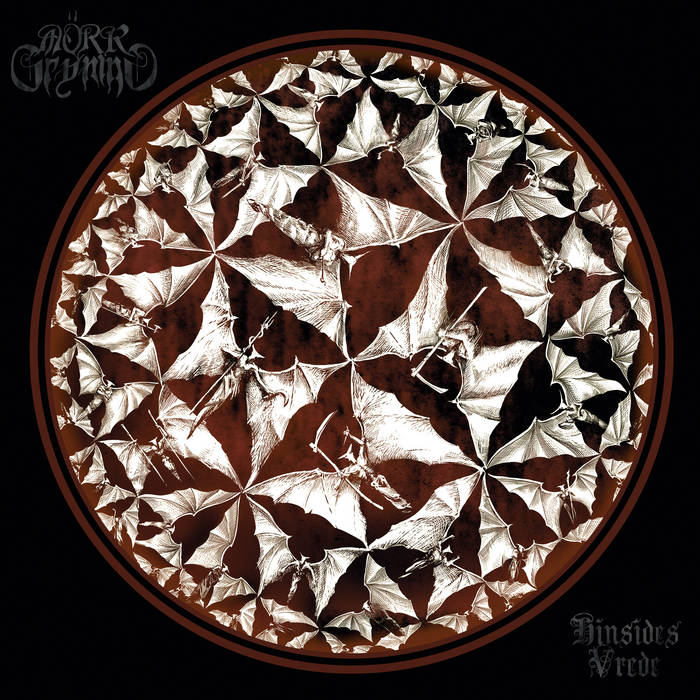 15 years after disappearing from the stages, Mörk Gryning are back with their 6th full entitled “Hinsides Vrede”. I remember very well when they released their self-titled album and suddenly split up, which at the time was a bummer, but I am more than happy that the guys are back and they still got it.

The first 2 tracks right after the intro, namely “Fältherren” and “Existence in a Dream” are classic Scandinavian melodic Black Metal, with tons of catchy melodies, great vitriolic vocals and forward pushing drums. The latter being a first real highlight, bringing all the ingredients to the top with killer riffs, variations in beats and patterns, clean guitars, even clean vocals and a nice aggressive drive.

“Infernal” on the other hand has got a more modern touch in terms of atmosphere and ideas while still keeping the 90s spirit. More folkish, rockish moments are combined on the track “A Glimpse of the Sky”, a real banger that shows another facet of the bands sound. “Hinsides” comes right afterwards and is a beautiful instrumental done by acoustic guitars, 1 of 3 instrumental tracks on the record and the “closing track” of the first half. “The Night” opens up the second half and is what you probably consider a classic Swedish melodic Black Metal track, hooks in the chorus included! The track has also long lasting blast beats to offer, love it. Epic moments are always present, although one of the most prominent examples on the record are probably found on “Sleeping in the Embers” which somehow even reminds (just slightly in a different way) of Hypocrisy’s epic moments, not a bad thing in my opinion.

“For Those Departed” and “On the Elysian Fields” are both Piano instrumentals, dark yet beautiful and enchanting. In between “Without Crown” and “Black Spirit” are Black Metal hymns reminiscent of the nineties with the catchiness of today’s productions. The clean vocals on “Without Crown” are the icing on the cake and stand out like nothing else on the record. “Black Spirit” is by far their darkest track on the record, includes female vocals, some drone chanting, eastern touch (Melechesh?) and hooks, or don’t you see yourself screaming Black Spirit? Catchy and groovy as hell.

I would say well done Mörk Gryning! Great comeback, having the ingredients from the past with a modern and catchy approach. Time will tell If it will stand the test of time, but for now it’s great! (DPF)