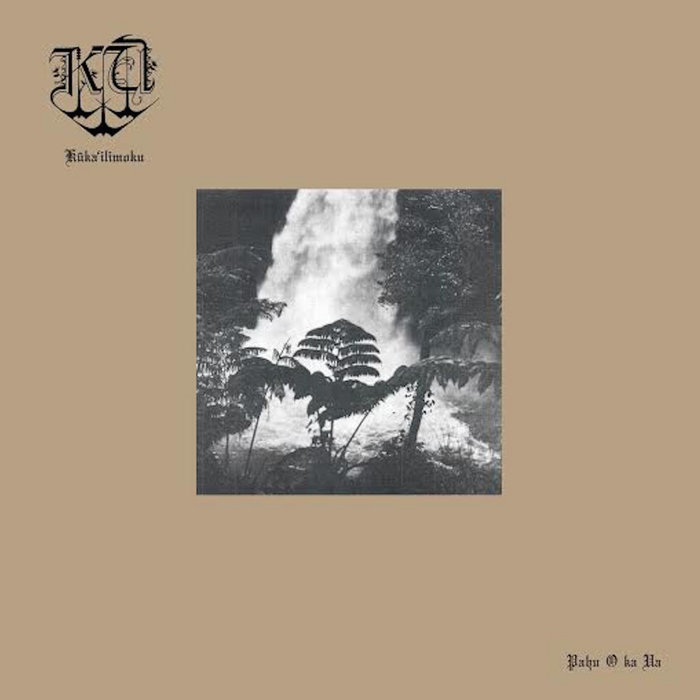 Kūka’ilimoku is the brainchild of Kūwāha’ilo, I am glad this is written media, because I wouldn’t know how to pronounce it exactly, but it’s probably related to the background of the musician, who is supposed to be from Honolulu, Hawaii. Although that depends on which source you consult, another says Seattle, Washington. But whether he comes from there or not, he already compiled quite a discography in three years’ time, of which this ‘Pahu O Ka Ua’ is the first full-length album.

I know next to nothing about Hawaii’s history or culture, forgive me, but I don’t know if I have become much wiser after listening to ‘Pahu O Ka Ua’. I have, however, gained quite an experience, as Kūwāha’ilo brings a pretty extraordinary musical mix to the table with this main project of his. He adds eerie UK (post) punk of the late 80’s to (very) raw Black Metal and lets it whip up with good d-beat drums. The distorted and somewhat thin-sounding guitars give it a delicious underground Garage Rock vibe and an appropriate fuck-you attitude. Also the plugging in and out of the guitars and the gnashing feedback in between the tracks add something to the (live) punk feel and make the whole experience quite unique. Only comment I could make is that I think this kind of music works better when the playing time is a bit shorter, so it really feels like a squat-moshpit-fist in your face.

For those who like their Black Metal a bit less orthodox and do not shy away from a good bit of 80’s punk, just like Darkthrone did on their punk records, they can indulge in this interesting act. At the moment, the album has unfortunately only been released on cassette tape, but it would certainly do good on a good piece of black wax too.