Sins of the Damned – Striking The Bell Of Death 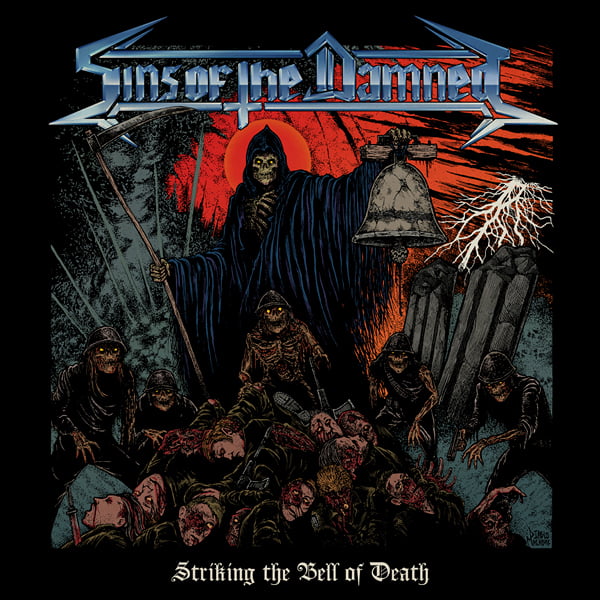 The beautiful country of Chile once again with some Blackened thrashing Speed Metal once more including experienced members of Ammit, Death Vomit and Black Ceremonial Kult within this combo.

A couple of demos and a split were released prior to this debut full-length, which is filled with the more easy listening kind than the crunchy produced, raw and evil sounding Black/Speed as Sins of the Damned focusses more on melodies with Teutonic driven riffs and rhythms. Regarding the melodies, sometimes it is more towards NWOBHM  to give you a hint.

Not bad at all, but the riffs or melodies don’t stick which turns “Striking The Bell Of Death” more like background music, but the kind that doesn’t annoy. (Ricardo)