Bewitcher – Under the Witching Cross 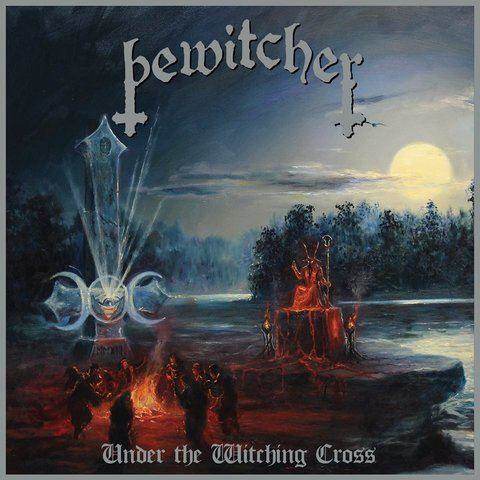 Headbanging legions of the horned one, clad in leather, spikes and denim… rejoice for Bewitcher are here to take you on a trip of the savage lands of Satan with their sophomore album “Under the Witching Cross”. Picking up from where their Self-Titled debut left off, Bewitcher have come out of the pits of hell with a fury.

The blackened Speed/Thrash trio have pumped a healthy dose of melody into these songs that wasn’t always present on their previous efforts but have kept the punk attitude and metal aggression. There is a level of maturity in the song writing and guitar solos on this album with some of the songs leaving the beaten path of Venom/Warfare metal punk and moving into more Rainbow/Thin Lizzy rock ‘n roll territory.

Tracks like “Too Fast For The Flames” and “In The Sign of the Goat” have an almost arena rock feeling to them. Lyrically, it’s the same ol’ satanic goats and witchy women themes but it wouldn’t really be satanic speed metal without em, now would it? One lyrical theme that is a stand-out is “Rome Is On Fire” which details the reign of some of Rome’s most wicked emperors Nero and Caligula and they even managed to sneak in some 666 reference as well and some cool chanting parts.

“Under the Witching Cross” is an infernal step in the right direction and will have hellraisers and beerdrinkers howling along into the midnight hours. (Ted Gloom)