Excuse – Prophets from the Occultic Cosmos 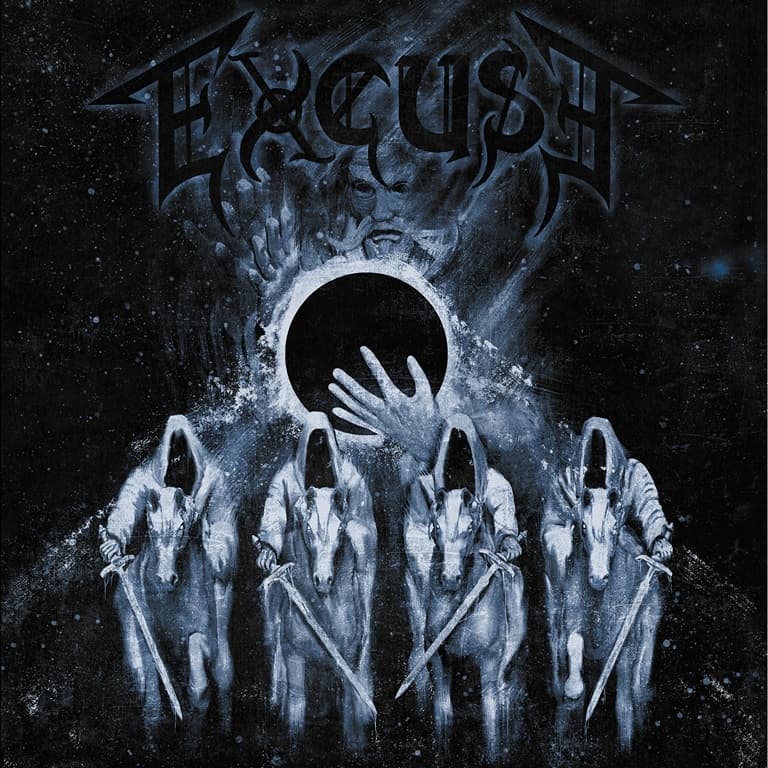 Just to be clear, l love Thrash whether is blackened, old school, cross over or whatever the fuck you wanna call it and I’ve just listened to another beauty by Excuse and their new album “Prophets from the Occultic Cosmos”. These guys from Finland have produced a 6-track thrash album of pure majesty mixed with more than the appropriate amount of aggression and speed.

All the songs are at full throttle and bring a breath-taking tempo with neck snapping, horn raising, braincase damaging shredding rhythms and leads, thunderous drumming and demonic vocals that could have been exuded from the foul mouth of Beelzebub himself.

In saying all that, the start of “Black Crystal Visions” belies everything I’ve just said. It’s slow, technically proggy and maybe even trippy for the first minute or so but then, trust me, you will get blown off your comfy couch and out of your favourite shoes. “Blade of Antichrist” and the title track “Prophets from the Occultic Cosmos” are next and they offer everything I promised and more. I reckon these guys would be an amazing live act. I can imagine a hair swirling, bruise creating and sweat inducing mosh pit. Yea I know, cool right!!!

“Goddess Injustice” is the dirty bitch that we’ve all met at some point. She’s nasty, mean, coldblooded and thrash’s you within an inch of your life with instrumental precision and ludicrous velocity all of which will leave you broken and bloodied. This is my favourite track on the album but only if I must choose. By the way it’s also the name of Excuse’s previous EP. “Sworn to the Crimson Oath” follows and brings more of the same aggression and finger bleeding lead breaks, so much so, that I’ve just tried to turn the volume to eleven just, well, cause I wanted to.

“Watchtower of the Trans-Dimension” runs for around 10 minutes or so and gives Excuse a chance to show off their metal chops. For me, this track is a mixture of thrash with progressive elements. The soundscapes that come with this track are just mind blowing and that’s brought about by the kick arse guitar progressions, vocals that come from deep within combined with the skilful use of echoes and all that is driven along by a fantastic rhythmic backstory.

“Prophets from the Occultic Cosmos” will get you amped and provide you with all the frenzied, anarchic and chaotic tunes that you will ever need. I love this more every time I’ve listened to it and listen to it more than once you must do because you won’t need an Excuse to do it. (Longstretch)