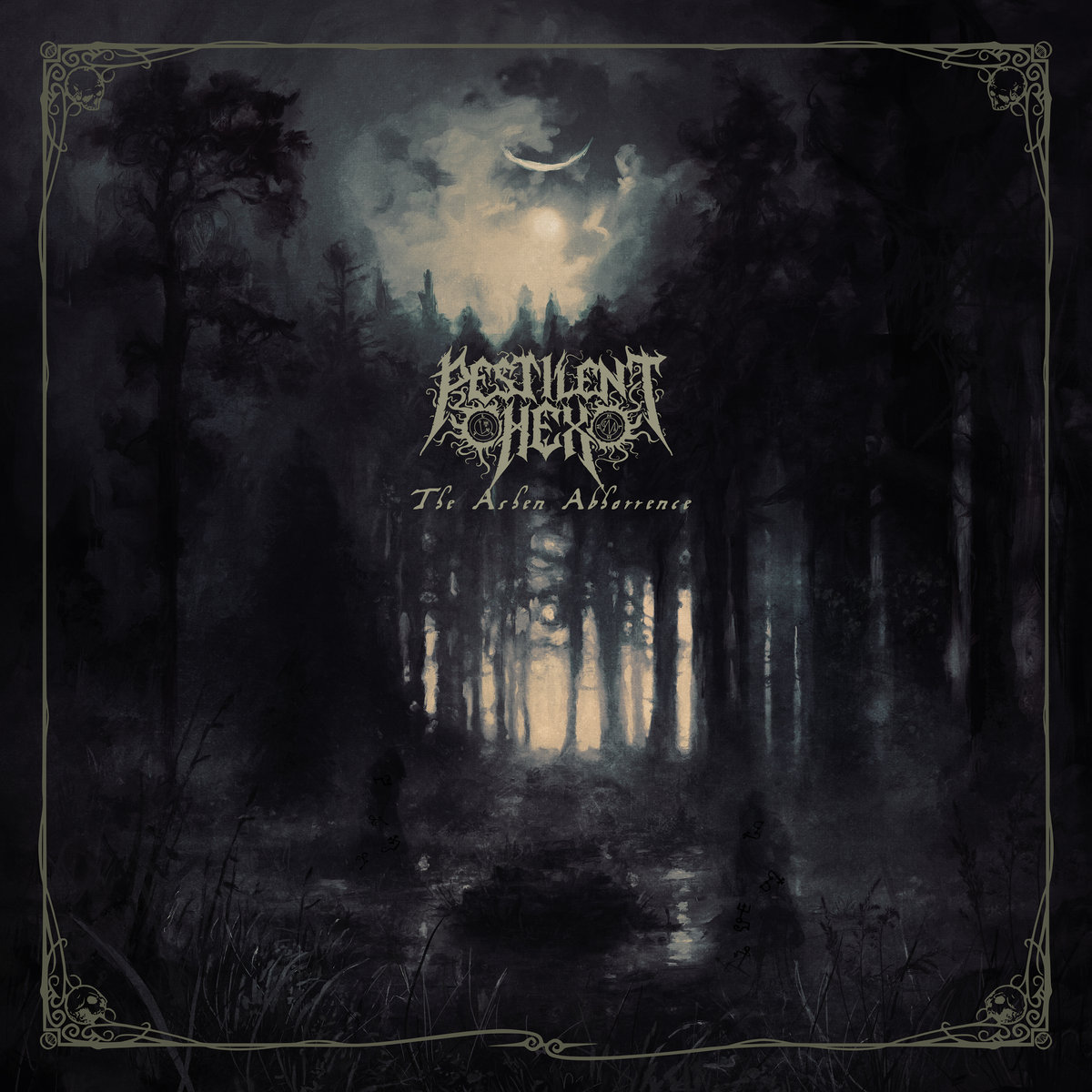 The debut album of Finland’s Pestilent Hex has been in the works for some years. In 2017, Convocation, Desolate Shrine and Ordinance multi-instrumentalist L.L. and Corpsessed, Profetus and Tyranny member M.M. formed the band and started crafting what would ultimately become their debut album ‘The Ashen Abhorrence’. That album was finally finished in 2022 and is released by the acclaimed Debemur Morti Productions.

The musical landscape painted by the two Finns is one that unifies Norwegian and Finnish symphonic and melodic Black Metal, with a slightly stronger emphasis on the first. It has that symphonic, riff-driven sound of bands like Obtained Enslavement and Dimmu Borgir on their underrated ‘Spiritual Black Dimensions’ album, yet has that very typical theatrical and classical approach to symphonic Black Metal of the Finnish as well. This works particularly well on ‘Chapter I: The Ashen Abhorrence’, where a gorgeous, captivating melody provides a grandiose ending to the track. The sample applies to a track like ‘Chapter III: Mephistophelean Liaison’ which has this particular feeling that harkens back to the Dimmu Borgir tracks ‘Reptile’ and ‘The Insight and the Catharsis’, although obviously without the clean vocal wizardry of ICS Vortex. The reference to these songs off of ‘Spiritual Black Dimensions’ might seem very specific, but it’s balance between the guitar parts of lead guitar player Astennu and the very typical keyboard sound of that album that I hear back on the Pestilent Hex debut. And just like that album, it’s grandiose, melodic and symphonic that best describes the sound presented on ‘The Ashen Abhorrence’. It’s not hard to imagine the band took their time to flesh out these often-lengthy songs. While that hard work pays off, a drawback is that at times it feels a little overthought, where a few breaks or variations were added to a song that perhaps could have been left out to make the tracks slightly more concise. It’s not that it’s a long album, just that the songs are sometimes just a bit too much. I would have been happier cutting a minute or two off some of the tracks and adding another track to the record.

This is by no means a bad album, on the contrary, the music on ‘The Ashen Abhorrence’ is very enjoyable. And it feels wrong not to mention the grand and almost epic composition that is ‘Chapter VI: Banishment’. But while there is so much promise in the grandiose symphonic melodic Black Metal on offer, I can’t supress a feeling of what if.