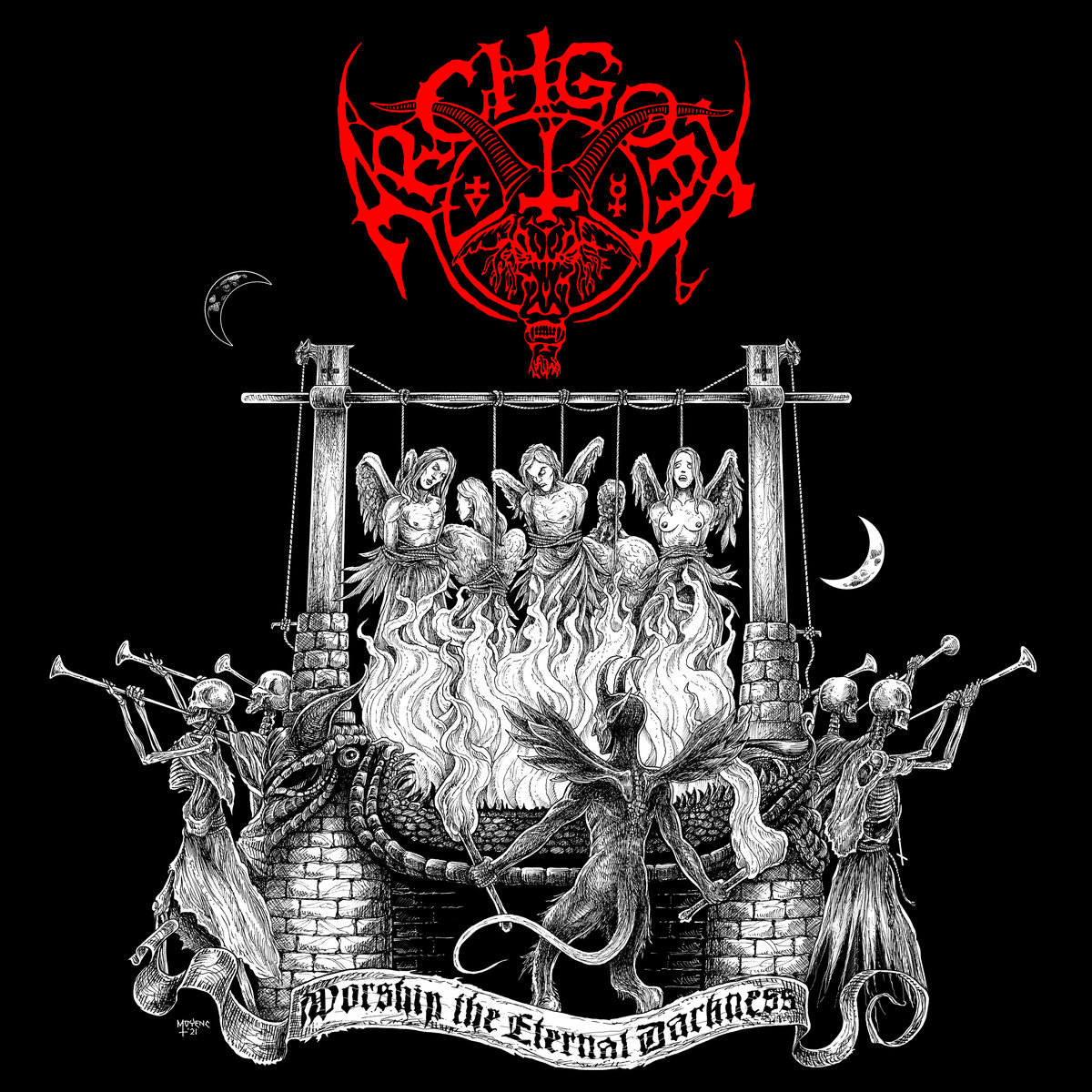 Amidst a changing Black Metal landscape, there is one constant: Archgoat will always sound like Archgoat. They will play their brand of primitive Black Metal with abrupt, catchy, church bell-laden mid-tempo breaks, Lord Angelslayer will bellow their antichristian lyrics… oh, and a Chris Moyen illustration will adorn the cover. That doesn’t mean there aren’t subtle (a term not often used in combination with Archgoat) changes from album to album. For instance, newer records like `The Apocalyptic Triumphator’ and `The Luciferian Crown’ offer a slightly more dynamic sound and have added elements such as guitar solos. Yet they have always stayed consistently true to their sound and continue to release high quality records.

The 2021 full-length `Worship the Eternal Darkness’ won’t change that. Tracks like `Heavens Ablaze’, `Blessed in the Light of Lucifer’ and `Empyrean Armageddon’ could have easily featured on some of their earliest recordings. At times the album has a bit more of a traditional Norwegian vibe, calling back memories of old Darkthrone. And on a track like `Rats Pray God’ the Thrashy influence of Destruction and Venom is undeniable.`In Extremis Nazarene’ on the other hand is even more chaotic and wild than we’re used of the band, and a typical Slayer-esque solo perfectly fits in a track like this. On songs like `Black Womb Gnosis’ it’s clear that drummer Goat Aggressor adds a more diverse drum sound, which allows for a bit more variation in rhythms. The tone of the guitars feels slightly heavier than on the predecessor as well. But despite all the minor differences this is an Archgoat record through and through. Though `Whore of Bethlehem’ will likely remain my undisputed favourite record by them, `Worship the Eternal Darkness’ is another great addition to the discography and probably for me the best out of the last few records. With Archgoat you know what you’re going to get. And we wouldn’t want it any other way. (VincentP)