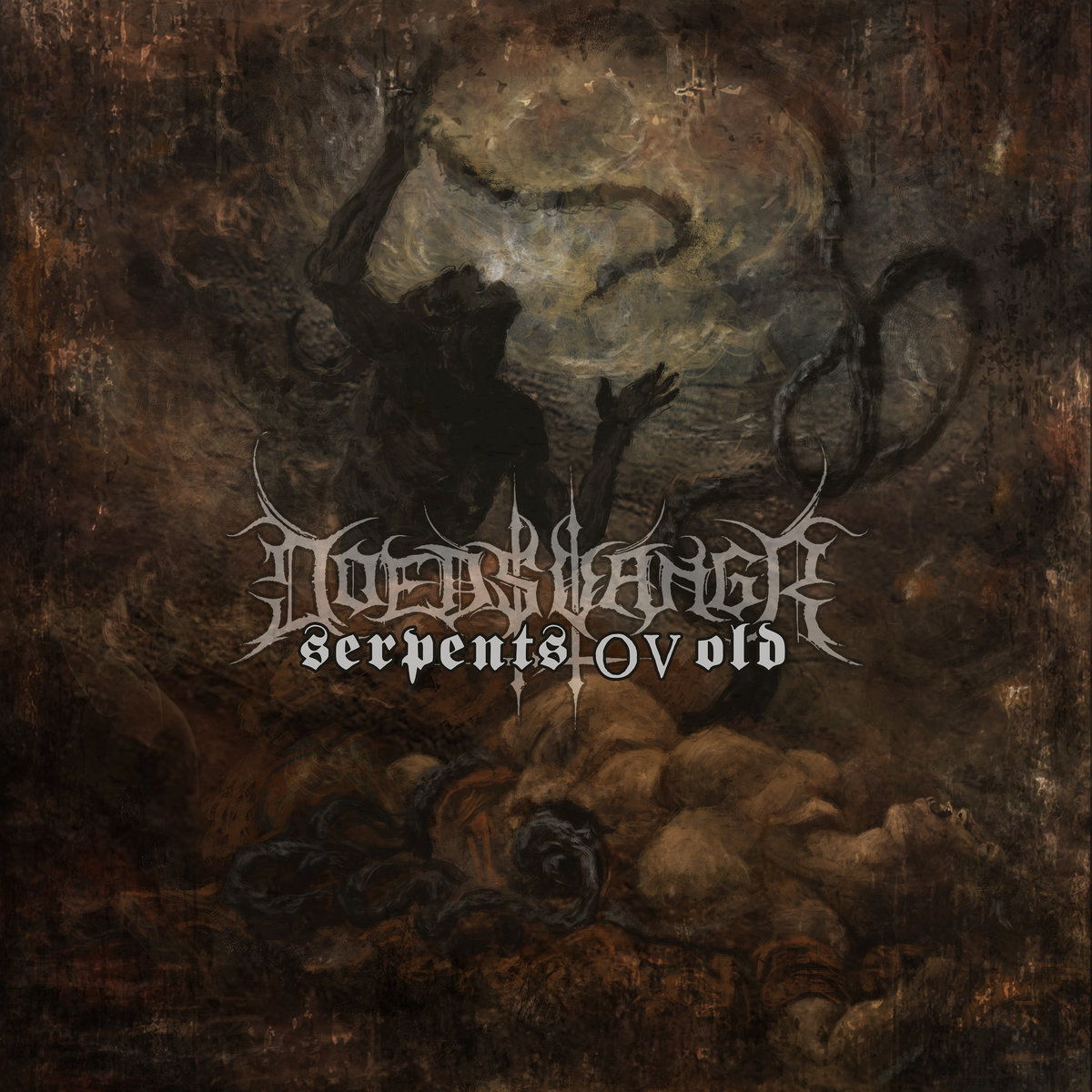 In the Black Metal collective called Doedsvangr we find experienced musicians from Norway, Finland and France. The Norwegian nation is represented by drummer AntiChristian (Grimfist, ex-Tsjuder and many more) and vocalist Doedsadmiral (Nordjevel, Horde of Hel, Svartelder). Guitar and bass duties are covered by Finland’s Shatraug, mastermind behind Horna, Sargeist and about a dozen other bands. In 2020 they were joined by France’s BST, amongst others in VI and former member of Aosoth, on guitar and bass. At the time of joining the band already released their debut album ‘Satan ov Suns’, which was followed by the first album as a four-piece, 2021’s ‘Serpents ov Old’.

The music on the debut was very much a combination of Norwegian Black Metal and Finnish Black Metal. And that same recipe still largely applies on ‘Serpents ov Old’. The title track and opener of the album comes storming out of the gates with a wall of guitar sound combined with catchy subtle melodies, varied drum rhythms, clearly audible bass and intense vocals. Especially the vocals seem a step up from the debut, but the songwriting is also much more coherent. While the debut was mostly a record which sounded at times Norwegian and at times Finnish, ‘Serpents ov Old’ is much more a symbiosis of both, truly a Scandinavian Black Metal record. One thing is certainly clear: AntiChristian is one talented drummer, who handles blasting sections just as well as creative fills. The record is diverse, quite dark, and has some great catchy melodies in tracks like ‘As the Rivers Bleed Their Blessings’ and ‘Carrier of Heads’. On ‘Flagelist’, that opens with a typical Finnish Black Metal riff, we find guest vocals from Tsjuder’s vocalist Nag. Vicotnic of Dødheimsgard fame provided substantial vocal contributions of ‘Imperialis’ and ‘Black Dragon Phoenix’, of which the latter is an example of a song that has the typical Shatraug signature without sounding overly like Horna or Sargeist. ‘White Finger’ is a fascinating track with slightly more repetitive guitar riffs, that combined with layered vocals and varied drum work melt into a haunting atmosphere. Finally, the album closer ‘Poisonous Tides’ focusses more on mid-paced atmosphere and is a fairly epic atmospheric ending to the album.

A collaboration between musicians from different scenes doesn’t always lead to a coherent product. What Doedsvangr have done really well on ‘Serpent ov Old’ is mix the individual styles and backgrounds of the members into one organic blend of Scandinavian Black Metal.