Godkiller – We Are The Black Knights [Compilation] 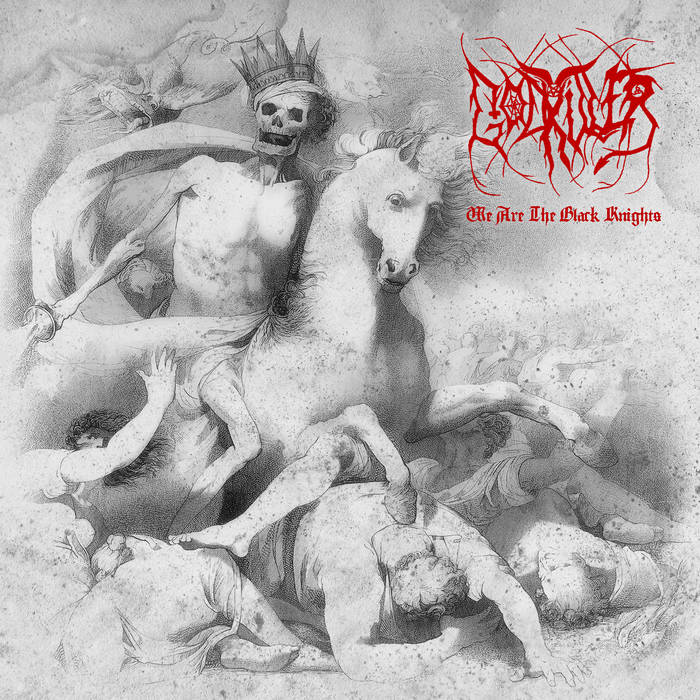 With its first two demo tapes the one-man act Godkiller from Monaco caused quite a stir in the Black Metal underground. Not only did it leave many baffled that there was actually a Black Metal act in the wealthy haven of Monaco, but musically it also had something to offer. As one of the first Black Metal acts, Duke, the man behind Godkiller, offered a kind of Black Metal that was heavily peppered with a medieval ambience. On the following EP, ‘The Rebirth Of The Middle Ages’, things fell really nicely into place giving it a certain cult status. The subsequent albums showed a rather different musical course with Godkiller’s last album, ‘Deliverance’ from 2000, and its strong electro character stretching it a bit too far for most metal fans. Although the act was never officially laid to rest, two full decades went by without much sign of life.

Yet, within certain circles, the interest in the band’s early works was kept. In 2013 ‘The Rebirth Of The Middle Ages’ saw its first vinyl treatment, but since that vinyl edition sold out rather quickly and currently makes hefty sums of money on Discogs, last year Peaceville Records also decided to re-release the EP. And earlier this year Debemur Morti Productions announced the signing of Godkiller to their roster for a re-release of the band’s earlier demos. Those demo recordings were previously only released on the ‘Burn The White Kingdom’ bootleg CD/LP (from 2011 and 2014 respectively). That edition was supposedly released by the Burznazg Productions label, once started by Burzum’s Varg Vikernes and continued by Wolf Möbus (Absurd) for a couple of years and finally put to rest around 2000, but has been picked up again by an unknown person around 2010.

So, this is the first legitimate release of those earliest Godkiller recordings. On this ‘We Are The Black Knights’-compilation, now released by Debemur Morti Productions, both of those first demo tapes are included and has the same tracklist as the Burznazg Productions edition. The very difference is that this edition has the songs mastered for its vinyl release, making it sounding much fuller. Musically nothing has changed, so anyone who was hoping for unreleased songs, otherwise extra tracks or other oddities might be a little disappointed.

A quick dive into the songs still gives a great idea of how Godkiller came to its cult status and following. Those early steps might come across a little naïve in sound, but keeping in mind these tracks were solely recorded by a very young musician, some three decades ago, it actually sounds remarkably good. Comparing these two demo recordings done in 1993 and 1994 and also to ‘The Rebirth Of The Middle Ages’ EP, or even Godkiller’s debut album, ‘The End Of The World’ (1998, Wounded Love Records), it shows the incredible step up Duke took with each recording. The medieval elements are getting tucked into the music a bit more comfortably with each subsequent release, making it rather dynamic recordings blending both blistering Black Metal with its distinctive howling vocals and that trademark medieval ambience.

Though I already own a copy of that bootleg edition of those earliest recordings I think it is a good choice to officially reissue those demos and make them widely available. And although I might always prefer that first EP, I am still hoping that Duke is getting back to his music sometime soon. It might be wishful thinking, or a diversionary tactic of some sort, but the Godkiller website reads “the return……”.