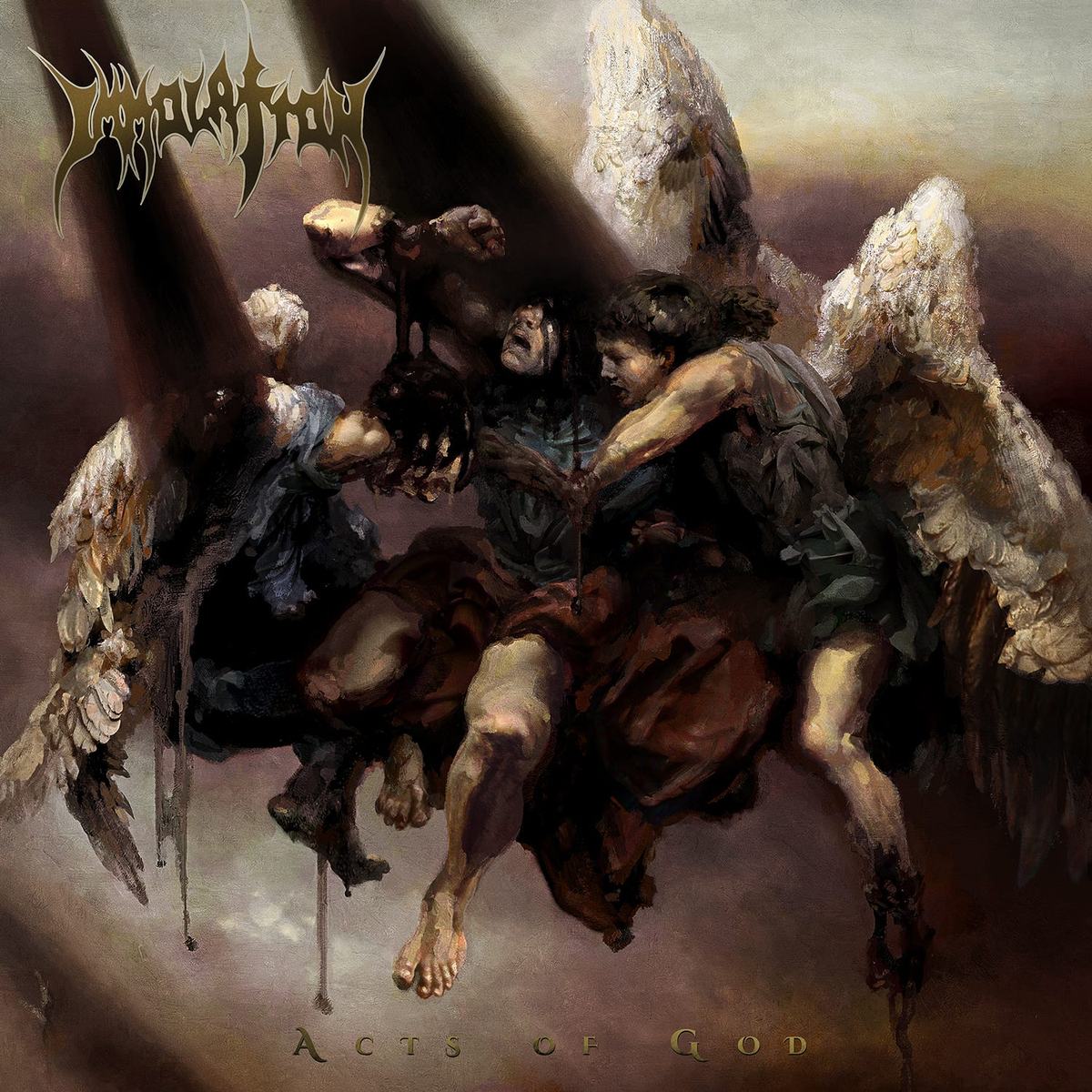 There are only few bands that have been around for about 35 years and are still as relevant today as they were when releasing their debut album. Though not all records are equally good or ground breaking, Immolation managed to keep a stunningly high level of quality Death Metal. With ‘Acts Of God’ the band releases their 11th album and proves that persistency and staying close to your own sound can result in becoming a rather unique phenomenon.

The consistency in song writing and overall approach of the genre over the past decades has turned out to be Immolation’s trademark sound. A sound that has been imitated by the dozen, yet never equalled. The lack of variation or the tendency of experimenting has kept the band in the position of being a death metal fan’s favourite. And, you can rest assured, ‘Acts Of God’ is not going to change this.

All the familiar ingredients are there. The dissonant and atmospheric guitars, the creative otherworldly drums and the signature roaring vocals of Ross Dolan. With this solid fuse of both thundering brutality and suffocating atmosphere Immolation has no intention to reinvent themselves or death metal as a whole. On the contrary. ‘Acts Of God’ sounds like a the best version of themselves. On the previous three albums, released in the past decade, they had this slight thicker sound and more modern sounding riffs, while ‘Acts Of God’ gets back to the great atmospheric albums like ‘Harnessing Ruin’ and ‘Shadows In The Light’. A song like ‘Noose Of Thorns’, which is twisted around a doom-filled riff, helps shaping the record and builds up the sinister and gloomy character. Yet this goes hand in hand with all the trademark tempo changes, quick breaks, fast riffs and killer hooks. But most of all, as always, Immolation sounds like a real collective and delivers a very consistent album of extremely well played quality Death Metal.

So, whatever period or album from their long spanning career you prefer, with ‘Acts Of God’ Immolation meets anyone’s expectations – which is an achievement on its own. No surprises or experiments. Immolation proves to be still as vital and essential as ever before, if you were thinking to write them off, think again, these guys are far away from retiring. ‘Acts Of God’ is classic Immolation and definitely their best album since ‘Harnessing Ruin’ and ‘Shadows In The Light’.