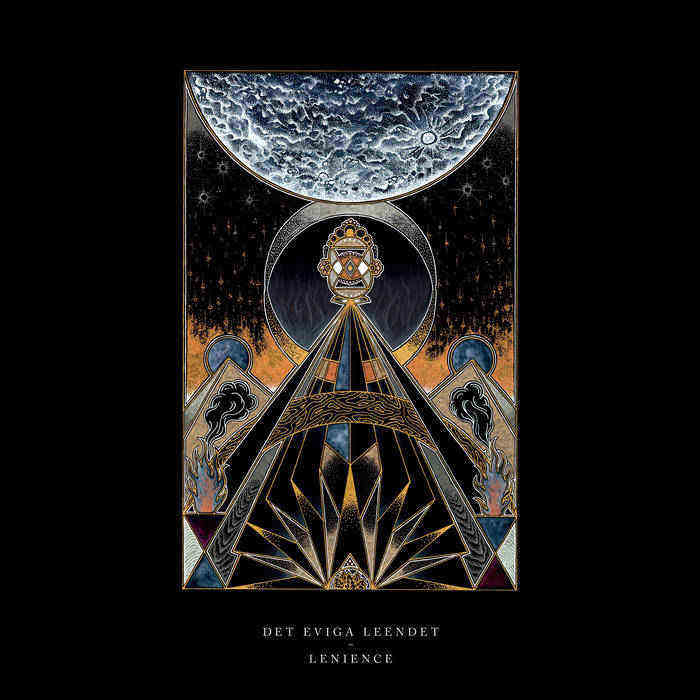 What do dead people do after they die? How do they pass the time in eternity? In the beginning fo the 1920’s Swedish Nobel Laureate Pär Lagerkvist wrote a book on the subject, where he introduced a group of dead people who have nothing better to do to pass the eternity but talk. The book was titled “Det Eviga Leendet (The eternal Smile)”. In 2018 a group of mysterious Swedish musicians bearing the same name released their debut album, Lenience. Since the album had been released through the record company on the verge of closing up and because the record hasn’t gotten the attention it deserved, the album is getting a re-release this May.

Even though this is their first proper release, it’s a very coherent, well-thought through album, walking the thin line between black metal and post black metal, with a lot of atmosphere, some added noise and very well used progressive moments. This is emotional music, often combining heart breaking grief and eye opening wonder in the course of a couple of minutes. Even as they occasionally explode with energy, they remain coherent and devoted to reaching the same goal – maybe not taking the listener to the higher plateau (as most albums usually do), but show the way down (not lower in quality, but in feeling it produces in the listener). This is a modern masterpiece in Atmospheric Black Metal, which doesn’t gets lost somewhere in space, but it’s made by humans for humans. (Black Mary)