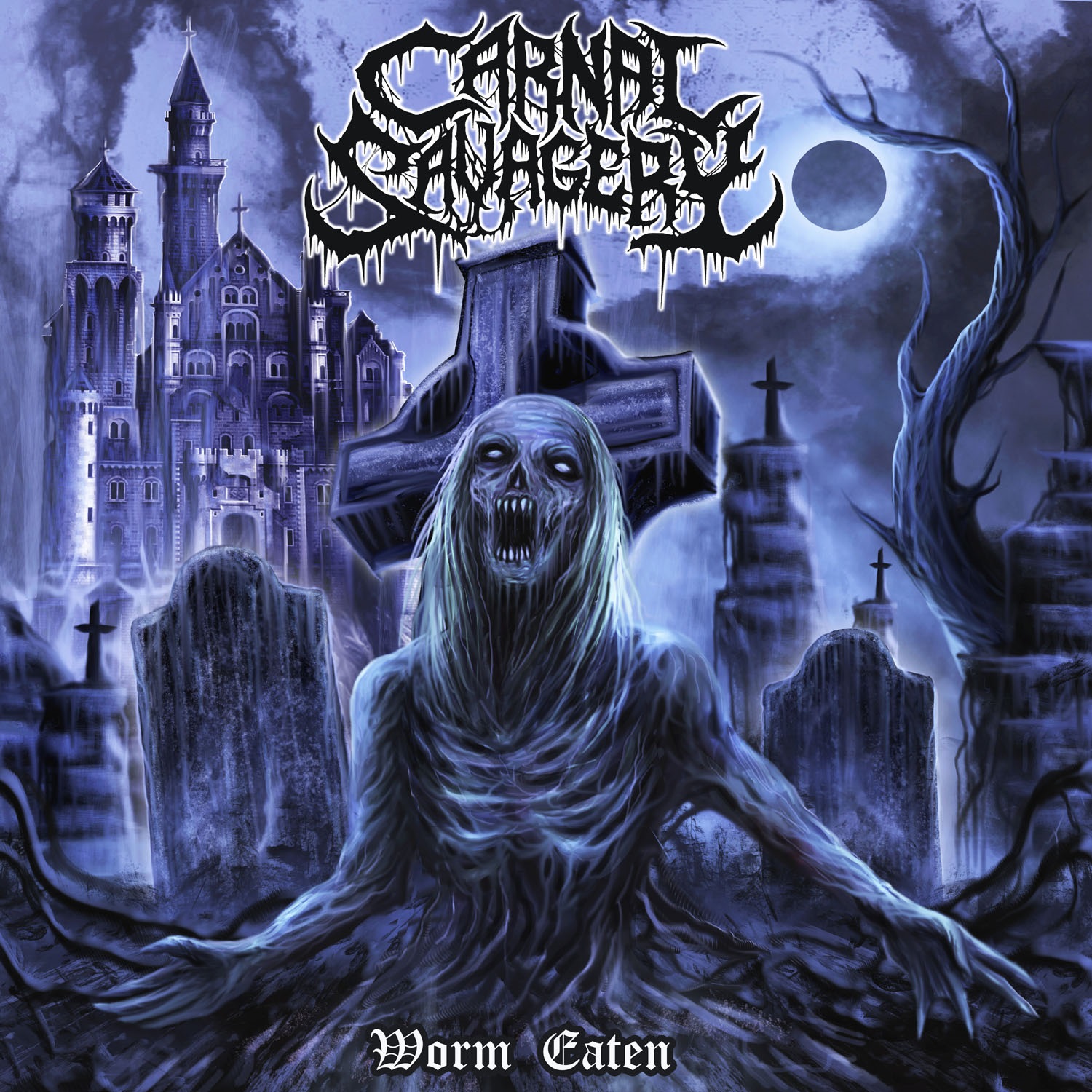 With only six months between this new album and the previous one, ‘Scent Of Flesh’, Carnal Savagery’s Swedes have the momentum going well. The only question is whether it might not be a bit too much of a good thing, after all, the musical product on offer does not really differ in anything from its predecessor(s).

Indeed, the musical recipe has remained completely intact on ‘Worm-Eaten’ as well: mainly mid-tempo Death Metal is Swedish style, crunchy guitars with a hint of the HM-2 sound, simple drums and a gruff vocal delivery. And like the previous two albums, ‘Worm-Eaten’ also sounds quite clinical, the sharp edge of the demo and debut album had already been filed off on ‘Fiendish’ (2021). So this latest album is a more than logical continuation of the musical path we have embarked on. That means that on not one single song can we catch the band in a surprise or anything otherwise exciting. The sparse moments when the band picks up the pace and deploys something of guitar leads, such as on ‘Revel In Madness,’ give the album the only bit of diversity. It’s not all too uplifting or impressive, but at least it offers a break of sorts in the otherwise fairly one-dimensional world of mid-tempo Swedish Death Metal. That’s a world where most bands go down the standard paths, just like Carnal Savagery, but in most cases it’s not as well executed as in the case of these Swedes.

As on its predecessors, Carnal Savagery offers quite an entertaining listen, that they just deliver more of the same we will forgive them. I guess the good news is that fans of the genre at least know where they stand with Carnal Savagery.