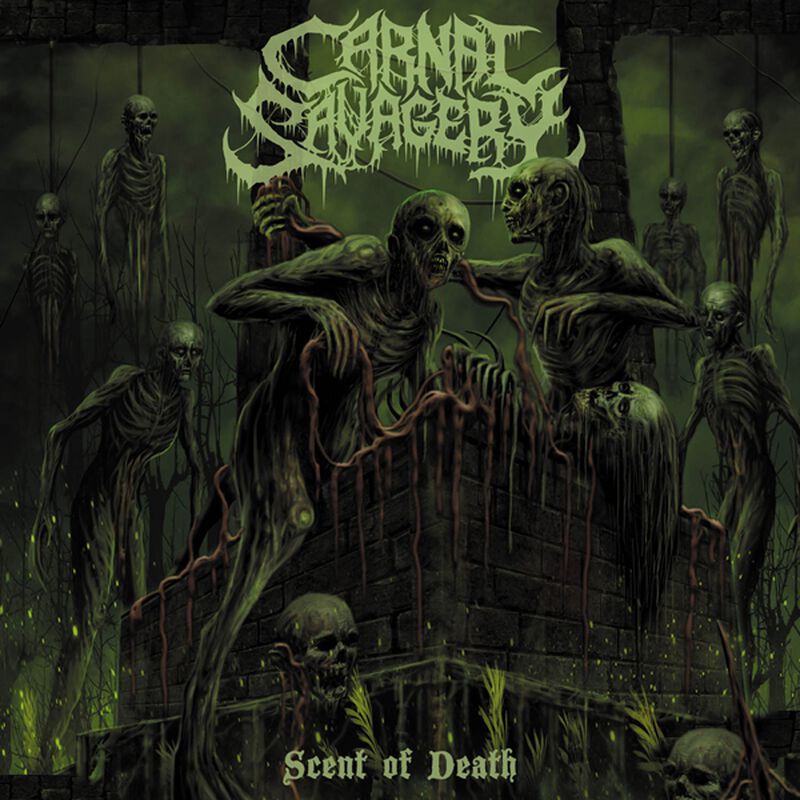 The Swedish Death Metallers of Carnal Savagery are returning to their one-album-each-year formula with their third album, ‘Scent Of Death’. Although, an album a year? I guess the COVID-19 pandemic was good for them, because in 2022 they even came up with two full albums.

This is the first one that came out just before summer 2022 and has very little new to offer, just very much in the same as their previous two albums: mostly mid-tempo pummelling Death Metal of the Swedish kind, not all too fancy and not overly HM-2 driven. Although the concept is pretty trite by now and the scene is awash with many bands that only manage to transcend mediocrity, and Carnal Savagery adds nothing to that, they do deliver a solid album. ‘Scent Of Death’ has all the familiar elements and really treads every well-trodden path, at least its reasonably energetic spirit makes it sound less jaded and stale than the average mid-tempo Swedish Death Metal record.

Sound wise they continue the path that was chosen on their last record, ‘Fiendish’ from 2021. On that album they kind of left that rawer edged sound of their debut album and demo, something that allows a current comparison to bands like Paganizer or Ribspreader. But Carnal Savagery is able to give their music a bit more punch and crunch than these scene compatriots. A good example of a song that provides much-needed variety in an album like this is ‘Cranial Sodomy’, not only does it have a nice up-beat tempo, but it also has some welcome, but not very musical, guitar leads. All in all, ‘Scent Of Death’ is another decent album, yet nothing all too spectacular either.