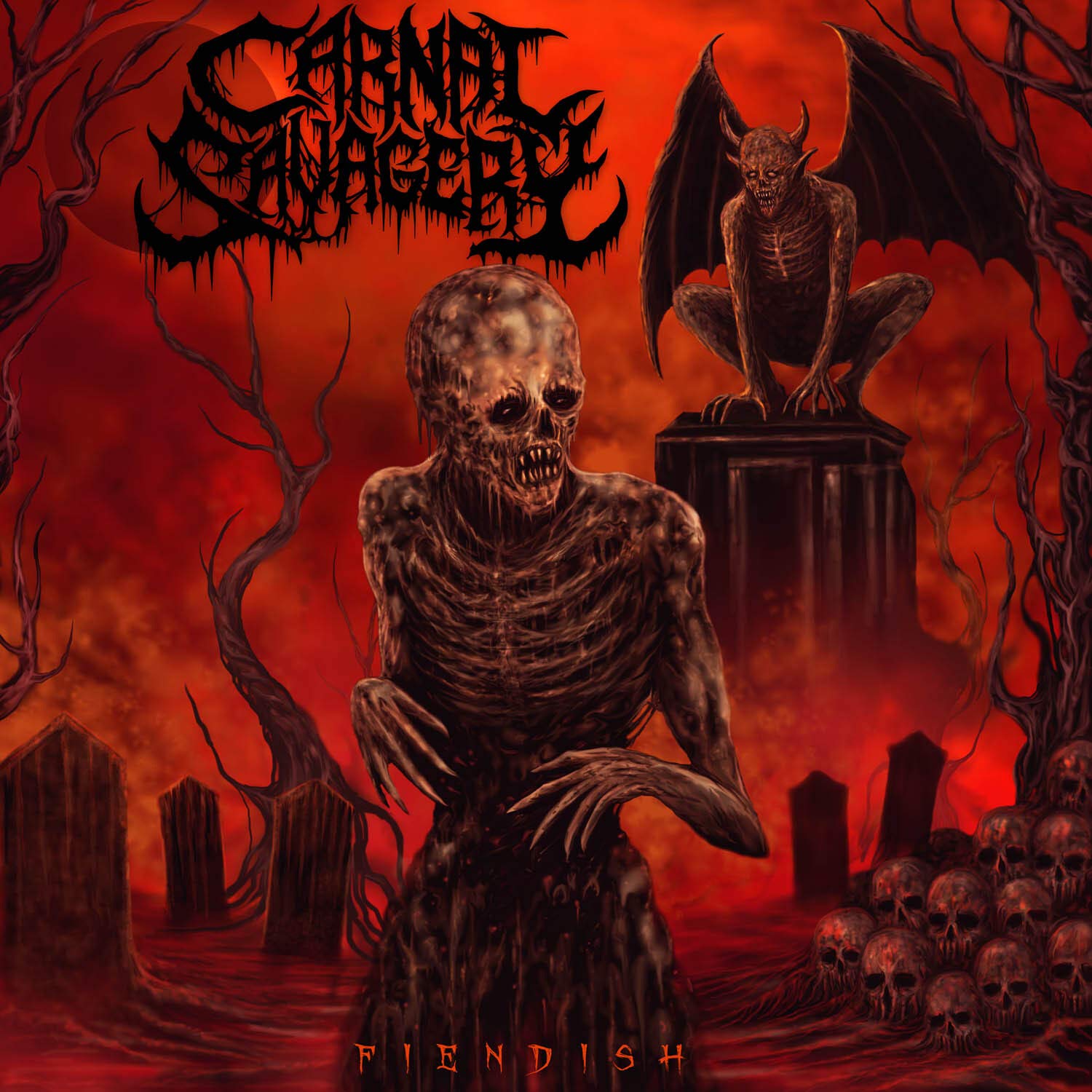 The veterans of Carnal Savagery are back in the spotlights quite quickly again, after releasing their debut “Grotesque Macabre” last year.

Although Mikael Lindgren mentioned they were in the studio recording this album during the interview I had with him, Moribund Cult didn’t waste any time to release it after it was done. In the meantime Carnal Savagery has a new guitarist in their ranks as Mattias Björklund joined the Carnal cult to replace Henrik Jansson.

“Fiendish” is everything you may expect from an Old School Swedish Death Metal album; rough vocals, roaring guitars and the classic groove. Although the sound, done by Dan Swanö at the infamous Unisound Studios, is unmistakably from the Swedish soil, as they mix up tempo parts and slower passages like Dismember, it is a bit cleaner and less filthy than you will hear from other colleagues in the same vein.

Nevertheless “Fiendish” is one solid piece of OSDM the Swedish style. I can’t imagine this album will disappoint you. (Ricardo)