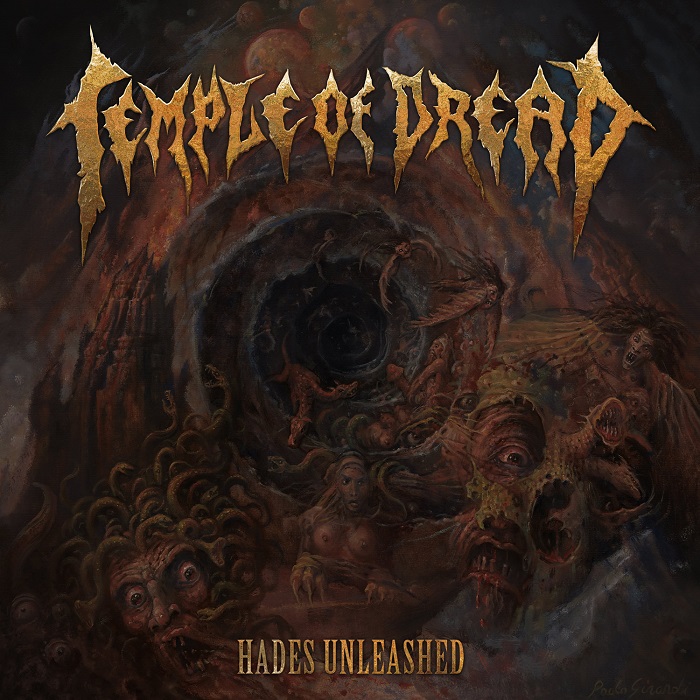 A third full length album in as many years from the realm of Lower Saxony in Germany. Significantly, ‘Hades Unleashed’ completes a trilogy of albums all released through the same label, fellow Germans Testimony Records.

First impression suggest a straight up dose of no nonsense Death Metal but as opener ‘Aithon’s Hunger’ progresses that initial sound is stripped away somewhat, and through maniacal sounding axe wielding and intensive, dark guitar leads ‘Hades Unleashed’ begins to form a more solid, as well as ominous sounding character.

‘Hades Unleashed’ is a crisp sounding slice of Old School Death Metal that also sports a modern day dynamic, and one that relies on a strong, powerful drumming display to keep up its break neck velocity. Vocalist Jens Finger has a rough and ready countenance to his style, an in your face attitude that screams of confidence and hostility, whilst the unending bass throb and mesmerising guitar displays are unceasing in their savagery.


If I could throw one criticism the way of ‘Hades Unleashed’ it would be a propensity to stick to what it knows, and whilst the song-writing is slick and well executed, the album doesn’t have much in terms of variation. However, this is still a strong and dependable listen.