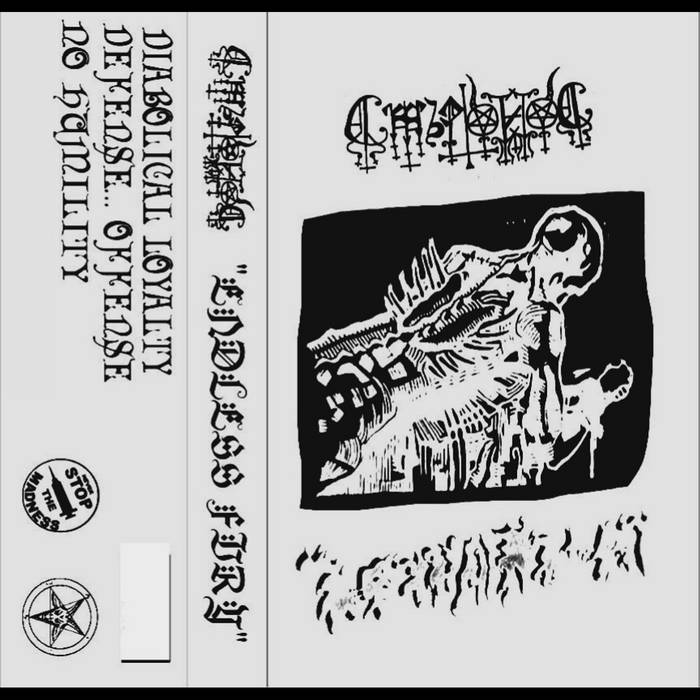 ‘Endless Fury’ is Smyrtonos’ swansong as it was released posthumously after the project’s disbanding last summer. At least, Todorac had it released digitally only 4 days prior throwing in the towel, but the physical cassette tape was released a little later. So, regardless, these 7 minutes are basically the last you will get to hear from this Bulgarian one-man act.

Musically Todorac offers quite Raw Black Metal, but due to his good song writing skills the songs are sufficiently laced with dynamics and variation. And that is quite necessary because just like the two Opiumortem demos this last Smyrtonos demo is also completely instrumental. To further enhance the variety melody is also not shunned, this way it gets a bit more of a Scandinavian vibe and atmosphere. The production is also a lot clearer than what we heard on the first two Opiumortem demos, so both the dynamics and melody get the chance to stand out a bit better. Not that a direct comparison with Opiumortem is really necessary, because they are clearly two different entities, although I personally do prefer Opiumortem. (FelixS)