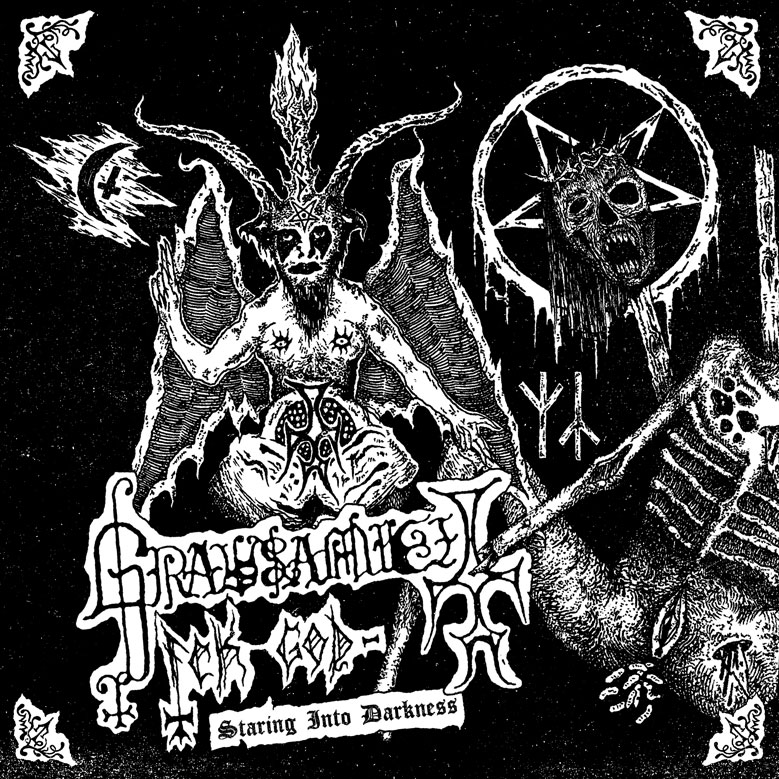 It’s a pretty long time since I know about this obscure entity from Germany, in the early 2000s BSoD, the brain behind Grausamkeit, released an absolute fuckload of different tapes of his countless projects. These projects musically vary between non music/noise, noisecore, dark ambient, Black Metal, Death Metal and more. I will be honest, some of his music is really bad, sometimes really hard to listen to.

Grausamkeit however produced quite a few pretty good releases during the years,  “Angeldestruction”, the “Stardust” promo or “Pink Green 666” to name a few and because of these releases I kept an eye on the project.

This is a long awaited new release, new recordings and some rewritten songs. Musically it has elements from different styles but it’s mainly Metal, has an intro and 4 songs and the sound is more than good, possibly the best sounding Graus material so far. I’m not convinced about how new the songs are, the second song, “Conspiracy with Subversive Elements” is a Heroin Makes Happy song just played with instruments. Song nr.3, Darkthrone’s cover “I am the Graves of the 80s” already came out in the recent boxed set so basically the only song here which is new its “Sitting By the Fire”. This is also the best song on the tape in my opinion, the last song again being a Heroin Makes Happy cover and that’s it.

Definitely a good release, BSoD was always an outsider of the Black Metal style’s general rules and some of his early works are pretty inspirational for some of today’s new bands. There is a cult around BSoD, a mysterious and obscure aura about all his work and with this release he will definitely get some extra attention.