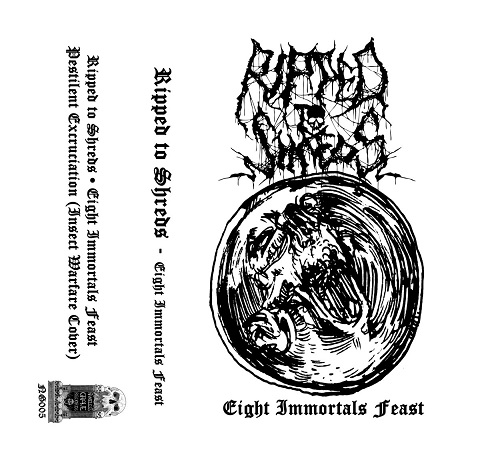 Ripped To Shreds is a one man band from the US as Andrew Lee is the man behind it and he gathers some fellas from bands like Stench of Lust, Aohen and Brain Corrosion around him for live performances.

The sound is pure straight forward Swedish grinding Death Metal, which has a lot of old feeling moments from bands like Entombed, Grave, Terrorizer, Exhumed and Repulsion. If you like that mix buy the repress…yes, first edition was sold out already. The third song is an Insect Warfare cover and well executed which shows the grinding roots of the project. This stuff is nice, and I hope for a longer release in a not so distant future. (DPF)