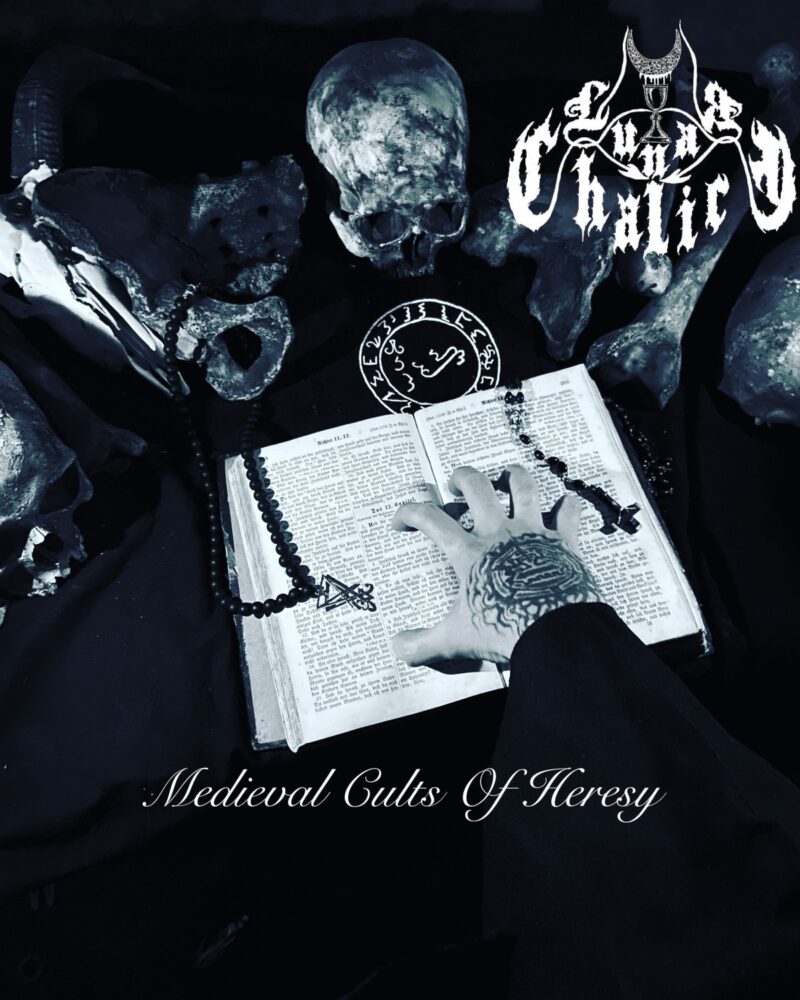 After the “Walpurgis Dance” demo, released by Worship Tapes in 2019, and the “Night Poetry” EP, released by again Worship Tapes for the cassette version and BloodRock Records for the CD version, Lunar Chalice has released their second EP, this time under the banner of Dominance of Darkness Records.

With the experience in acts like Malefica, Sacrilegious Rite and Todesweihe, they create some cold and a bit occult Black Metal with Lunar Chalice, especially when you hear the re-recorded track “Walpurgis Dance” of their demo, which has a lot of resemblances with Mayhem’s “De Mysteriis Dom Sathanas”. The Norwegian Second Wave Black Metal adepts will have a fine EP with this one. (Ricardo)