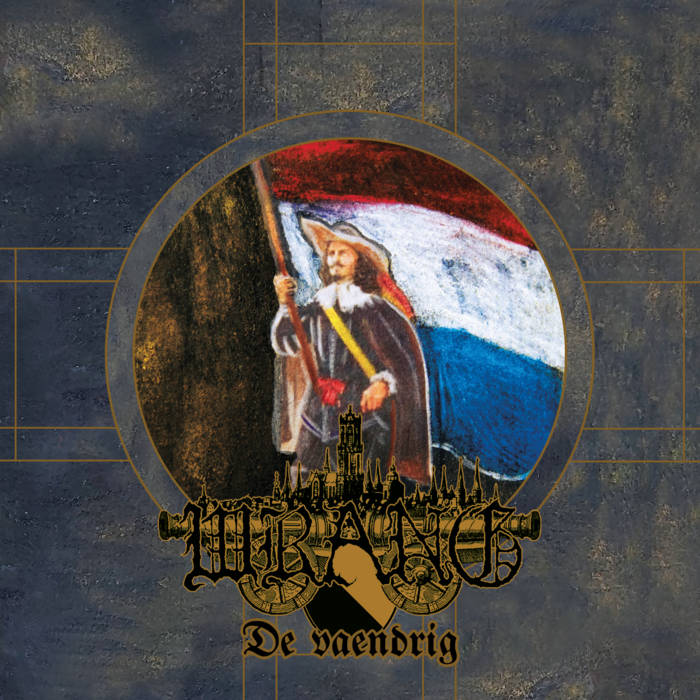 Yesterday I reviewed the debut album from Utrecht Black Metal trio Wrang. I described it as an album that draws your interest and hooks you into its world despite its flaws. This year Wrang have returned with a new bassist in the form of Mercur, and a brand new album entitled ‘De Vaendrig’. Once more Tour de Garde (Cassette) and Dominance of Darkness (CD & LP) are doing the label duties, but whilst that element has stayed the same, much has changed and progressed since their debut. This is to be expected really, as the last album whilst released in 2019 was actually written and recorded back in 2017 and from then until now a lot of water has flowed through the Cathedral City. In those five years Wrang have significantly upped their game; gone are the temperamental vocal quirks, and on top of that the band sound tighter, more focused and with a far more powerful sound. (Remember also that despite some flaws I very much enjoyed the first album)

Once more the Dutch heritage of Wrang is plain to see merely by glancing at the albums cover art, and Utrecht itself is featured with its distinctive skyline prominent below the Dutch flag. Its an intricate design that reveals more to the beholder the more you look at it, and I enjoy a band who take pride in where they come from and instil that sense of pride into their art.

As I mentioned above this is more honed and powerful album, one that flows and winds its way through the streets and back alleys of Utrecht with a venomous cadence, an all encompassing show of force once more from the ever reliable Valr on drums who is at his dominant best here, dishing out punishing beats and keeping the pace either blisteringly fast or crushingly slow as is his want! Galgenvot’s vocal work has improved exponentially and his demonic croaks are a joy to behold, whilst his guitar play (Always Wrang’s strength) is as ever mercurial and creative. During ‘Voorwaarts! De nacht roept’ (Forwards! The night is calling) his guitar leads are majestic and dark. New bassist Mercur has a long history with both Valr and Galgenvot, having played in various bands with both previously, and his gruelling unstoppable rumbling makes it obvious why he has teamed up with this friends once more.

A magnificent, nuanced album is ‘De Vaendrig’, a quirky and interesting listen that never rests on its laurels and its ever changing tempo and varying shades of darkness make Wrang one of the best Black Metal band to come out of The Netherlands, and that my friends is up against some very stiff competition. (Marksson)