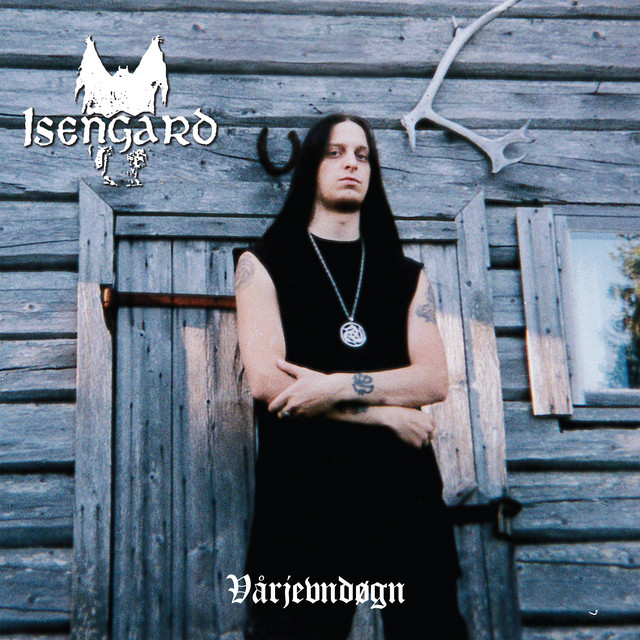 That Fenriz is a slightly odd duck is, of course, an understatement. And, anno 2022, we also know that musically he is basically all over the place. We’ve heard him going to all sorts of places with Darkthrone. From Death Metal in its formative years to genre-defining Black Metal, and from Punk to Heavy Metal – he’s a true Metal fanatic. But at the time he recorded the songs on this ‘lost third album’, somewhere between the years 1989 and 1993, when he also recorded and released his most iconic Black Metal albums, this side of Fenriz was hardly known. Before the release of this album, the only material we from Isengard that was released were the equally iconic ‘Høstmørke’-album and the ‘Vinterskugge’-compilation, which was released a year prior to the album.

The music from those two releases showed a (very) gritty mix between Black Metal and traditional Norwegian Folk. The balance of that mix differs quite a lot from song to song, and certainly on the ‘Vinterskugge’-compilation, Isengard shows its least coherent side. From where and when exactly the recordings of this ‘Vårjevndøgn’ were unearthed I do not know exactly, but in any case it sounds a whole lot more coherent than I expected. However, anyone expecting more music along the lines of ‘Høstmørke’ might be somewhat disappointed.

On ‘Vårjevndøgn’ (which translates to ‘Spring Equinox’), we hear Fenriz exploring very different musical territory again. By now we know that he also has a love for proto-Doom Metal and that is what we hear here for the most part. There is certainly a Black Metal riff to be found here and the occasional ‘ouhhh’ passes by as well, but apart from that, this mainly sounds like a (drunken) jam session between Pentagram (USA) and Candlemass. Epic and classic Doom Metal with matching vocals, entirely in the style of Bobby Liebling (Pentagram). For an appropriate musical reference, it may be best to choose the old Pentagram recordings from both Relapse Records released ‘First Daze’-compilations. Yet on ‘Rockemillion’ Fenriz makes Isengard sound like some kind of bastard child of (old) Bad Religion and Discharge. To end this somewhat surprising musical ride on a value note, Fenriz dishes us the acoustic ‘The Solar Winds Mantra’, on which he sounds like the illustrious British Neo-Folk act Death In June. You know by now that you can expect anything from Fenriz, but he still manages to close this album in style.

This review comes to you a little late, so maybe I’m even too late with my warning, but should you be interested in this record, give it a listen first. To me ‘Vårjevndøgn’ kind of symbolizes the musical chameleon that is Fenriz, with a beer in his hand playing his favourite music and not giving a fuck. (FelixS)