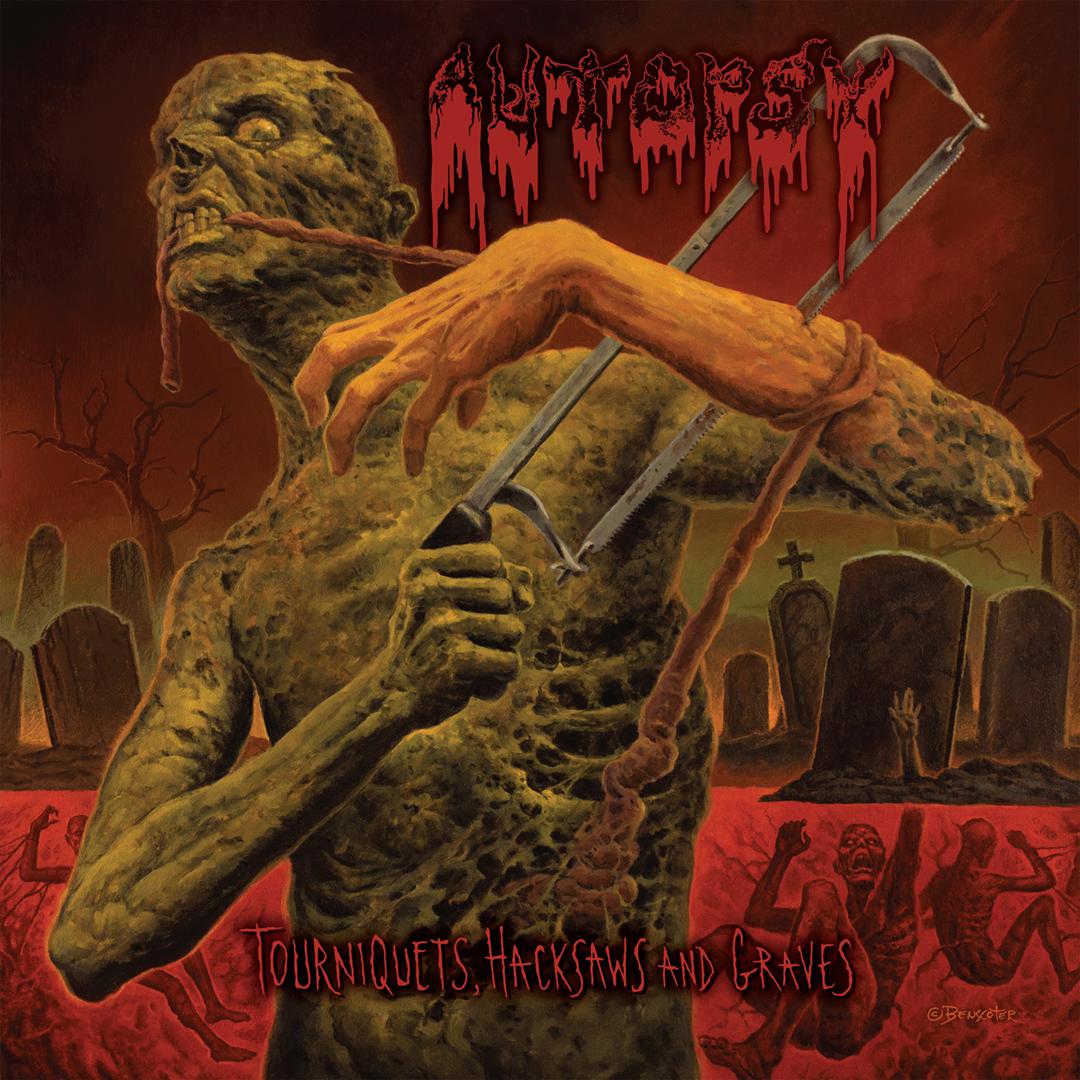 Autopsy…Masters to some, Gods to others. Since the resurrection in 2009, this influential juggernaut is quite busy with releasing all kind of filth. A year after “The Headless Ritual” a new opus is available. Let’s cut to the chase, it’s just as 100% Autopsy as the other “after-hiatus”-albums. They keep their own Autopsy-influenced Old School mix of Gloomy and Blunt Rotten Death Metal genre alive as the fans will buy this output blindfolded. And they should! I think we will keep on hearing a lot of Autopsy influences on other albums of other bands in the next years, like we already did the last couple of years. Nothing wrong with that. Let the dismemberment begin!