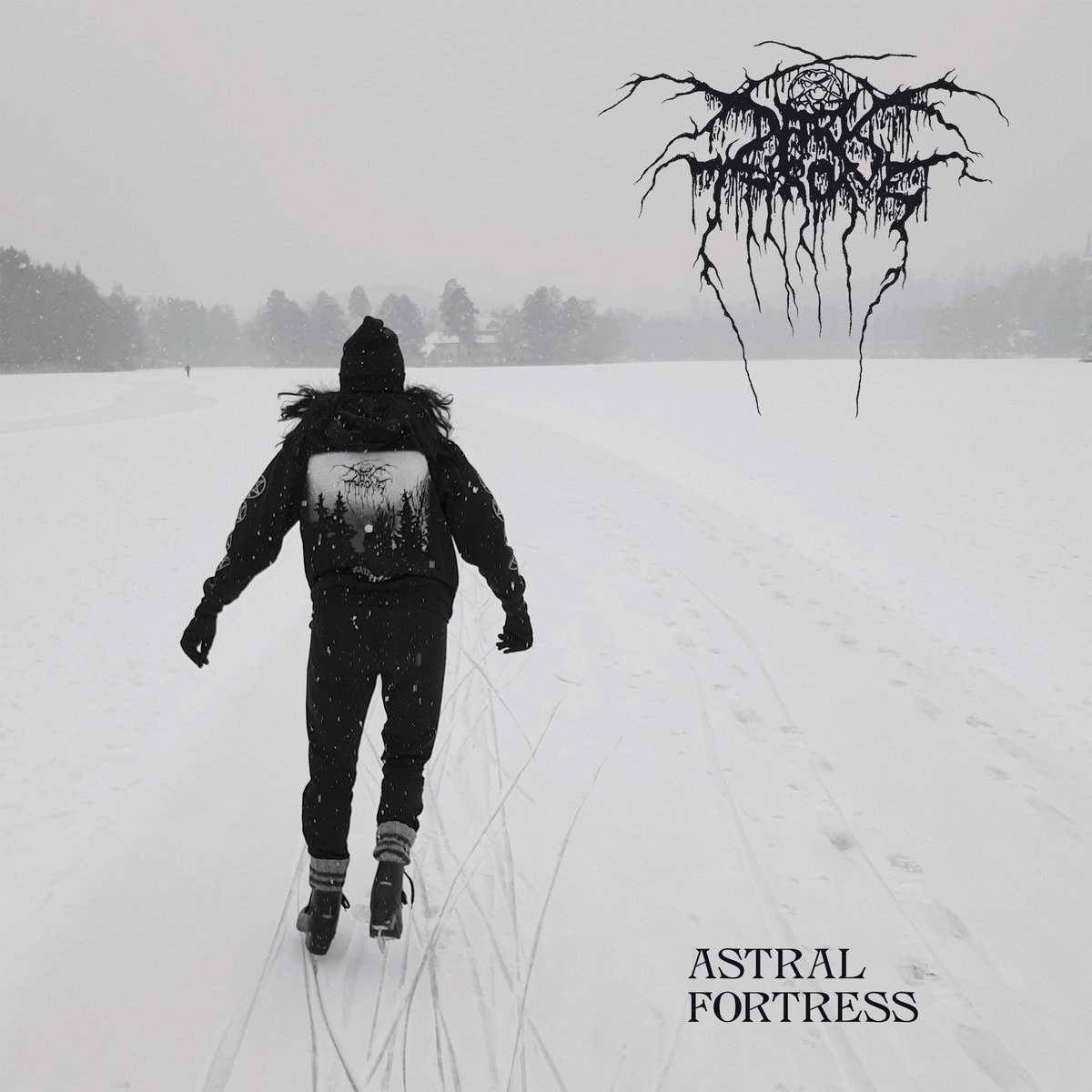 Obviously Darkthrone needs no introduction. An absolutely legendary band from the Norwegian Black Metal scene, the duo of Fenriz and Nocturno Culto have been spreading their music for well over three decades. During this period the band would first release an underrated Death Metal record in ‘Soulside Journey’, only to then set the template for thousands of Black Metal bands with classic such as ‘A Blaze in the Northern Sky’ and ‘Under a Funeral Moon’. As time progressed, so did the music of Darkthrone, and somewhere around the turn of the 20th century the band started harkening back to their roots more and more, adding more and more Punk and Heavy Metal to their sound. I’ve personally always appreciated those changes for what they were, and I adore albums such as ‘Ravishing Grimness’, ‘Hate Them’ and ‘The Cult is Alive’ as much as their pioneering ‘A Blaze in the Northern Sky’. Since 2013’s ‘The Underground Resistance’ most of the Black Metal elements and Punk influences have been reduced to the background, focussing more on epic Heavy Metal influenced by Hawkwind and Black Sabbath. While I love most of ‘The Underground Resistance’ and especially the epic track ‘Leave No Cross Unturned’, the most recent phase in the Darkthrone sound has been at times tough. That didn’t stop me to support the band by buying their albums and I can enjoy them when they land on the player (mostly when VM-Underground’s own FelixS visits for a weekend of listening to records). However, my overall feeling is that they’re slowly becoming a bit more forgettable and most of all, fairly indistinguishable.

For a large part, the same holds true on the latest album ‘Astral Fortress’. With every Darkthrone album I find myself looking for hints of periods of old from the band’s discography, but I think we can safely conclude that most of that has disappeared and will not appear anymore. That of course is fine, as I said the band moved on and they have every right to. And of course, some riffs still have a feeling that throws back at more Blackened days. However, as fans of one of the most influential bands in our beloved genre, there is a point where we sadly have to say: is the music they make still something I enjoy, something that gets the blood pumping? After spending an extended amount of time with ‘Astral Fortress’, I’m far from sure this is the album that gets me all excited about them again.

As was a recurring trend on the last few albums, a lot of 70s/80s music has made its way into their sound, and especially Black Sabbath vibes are common. That by itself is of course great, as we all owe our allegiance to the godfathers of all Metal. And of course, Darkthrone are the kings of riffs, so none of the music on the latest album is bad. In fact, a lot of it is easy to listen to, has plenty of groove and catchy hooks and within the confines of what you call solid musicianship, fits the playing level and passion we have come to expect from Fenriz and Nocturno Culto. I personally find the vocals a little bit tame and mostly one-dimensional though. But the thing that causes me the most trouble is the song writing. Darkthrone has slowly evolved into a band that writes great riffs, but the transitions in songs don’t make that much sense most of the time and it’s hard to escape the feeling sometimes it’s just a collection of riffs. While a positive for some, it makes it all a bit incoherent and, as stated before, a bit easy to forget. Indeed, if I must mention the songs that stick with me the most, I inevitably end up with the single ‘Caravan of Broken Ghosts’, simply because I heard it the most as it was released in advance of the album release. I do like the ‘Four Horsemen’ (in case it wasn’t obvious, I mean the Metallica song) vibe on ‘Eon2’, but other than that a lot of the songs are quite similar, both to each other and to the recent couple of albums they have released.

Probably no band has divided fans as much as Darkthrone. Some will not touch anything beyond the earliest records, others will defend them until their graves. To me, Darkthrone are heroes for all they’ve done to Black Metal, but also their continued devotion to making music that they want to make. I can only respect and admire that attitude, and as such they will always remain heroes to me. And I would recommend every Darkthrone fan to pass their own judgement on ‘Astral Fortress’. But personally, it’s harder and harder to get into their new albums. It says enough that when I was finalizing an order of records, ‘Astral Fortress’ was one of the first that didn’t make the cut. As a listening experience, for me ‘Astral Fortress’ is as tough as Fenriz’ old 80s leather vest: even though it’s loaded with patches from bands from the 70’s, 80’s and 90’s that I know and love, if you would put all their sounds on a big heap, it just leaves me confused and I just can’t make out what to think of it. (VincentP)