Intestine Baalism – An Anatomy of the Beast [Re-Release] 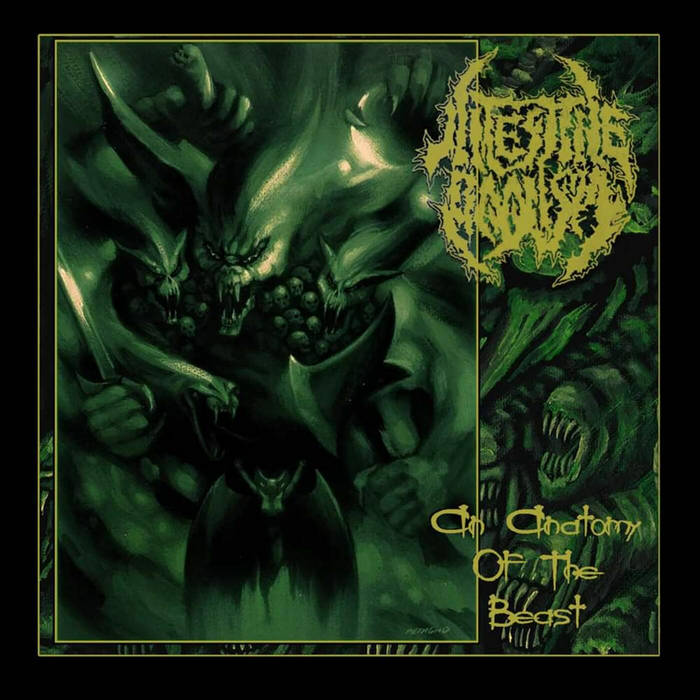 If you expect some hard hitting journalism and an objective point of view on this re-release, you’re at the wrong address…but that is general the case with an article on VM-Underground.

I’m a huge fan…this album is criminally underrated in my book and both album and band are fairly unknown in general, although Youtube and the streaming services gained some notice, therefore I always mention “An Anatomy of the Beast” as a must listen for every Death Metal aficionado.

The year was 1997. During the summer of that year the predecessor of this zine was born and one of us already had some experience with writing reviews and brought his last received promos with him. “You must listen to this band from Japan! This one is great!”…and gave me the promo of Intestine Baalism, which was released earlier that year by Repulse Records. And he was 100% right; what a great album this is!

25 years, the fuck…but Intestine Baalism is still both brutal and beautiful as in 1997 and this album is one of those damn treasures which deserve a re-release. (Ricardo)