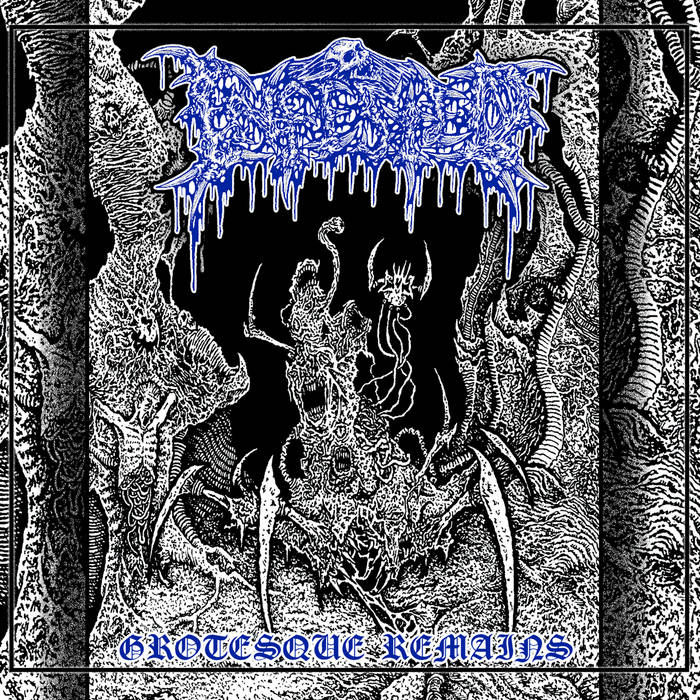 From the muculent logo, to the peculiar samples featured, quality for this release is refined yet organic tone to instill essence of OSDM, with hints of Grind & Black Metal, intertwining an appreciation from both older & newer generation of underground fanatics. Cover art by Iowa based illustrator Nightmare Imagery; Strangely shaped entity centered among an abysmal setting detailed with a victim and his seeping entrails pinned to the vexing enclosure.

Third (and longest) assault “Infestation of Impurity”, alters the aggressive framework the previous two had shown and shifts into an immensely unadorned tune that instead of battering your skull, deliberately asphyxiates, with gurgly revolting cadence to correlate & steady build up of the punishing drum work Ayala displays from midway towards outro. Concluding track “Arrival…”, features yet another sample of what I assume to be scifi favorite Predator with the menacing sound effect to leave you apprehensive of what’s to come.

Overall a sordidly well executed debut you must check out! (Tori Belle)