Convulsive – The Grotesquery Ruins Of Death 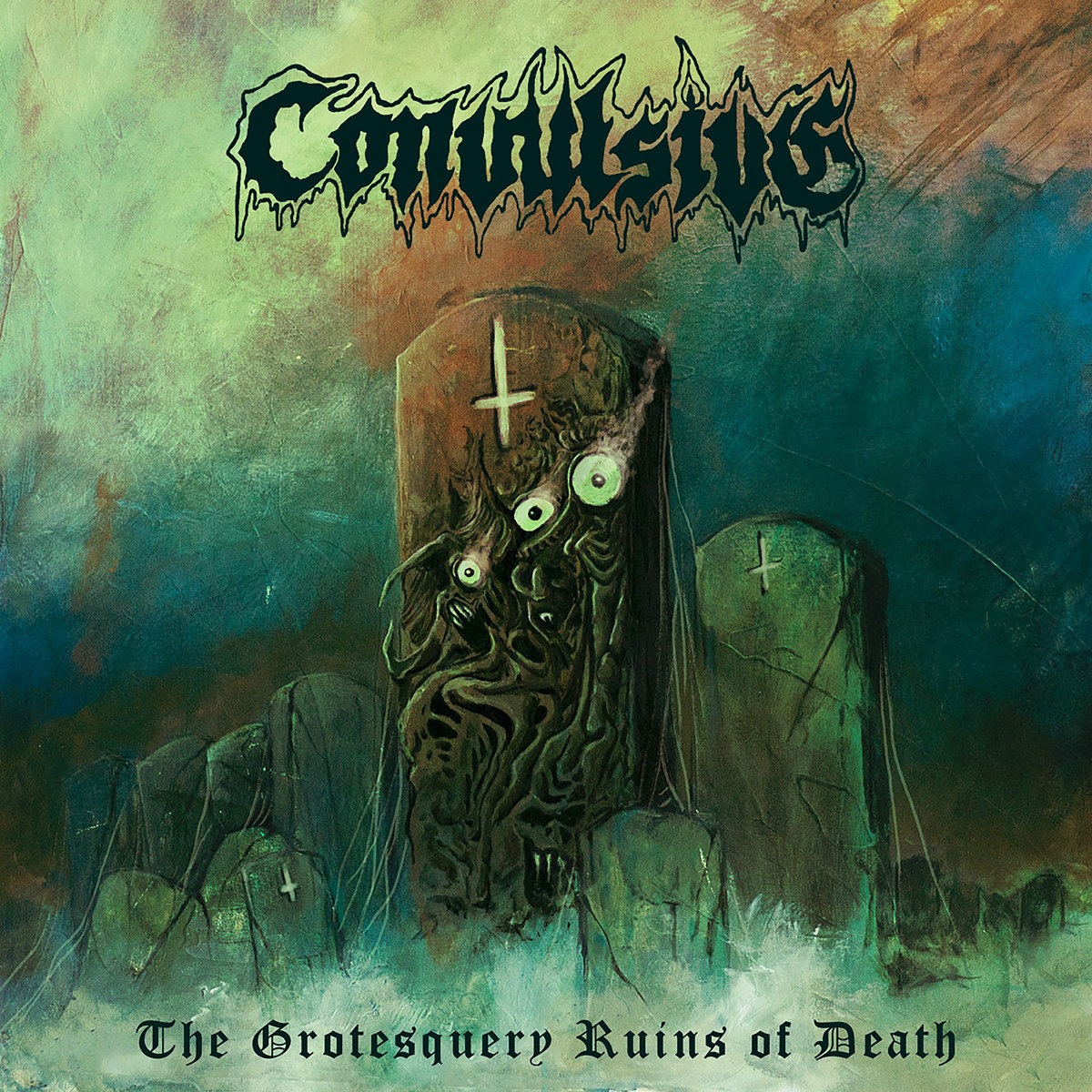 Mixing standard Old School Death Metal with elements of Paradise Lost’s 1990’s ‘Lost Paradise’-album, in a to the max down tuned guitars with matching low stomach-churning vocals fashion, seems the genre’s favourite ball game these days. This Autopsy and Incantation worship not infrequently leads to impressive bass-heavy concoctions but also rarely to anything that manages to rise above the average. The problem with this so-called ‘Cavernous’ Death Metal is that many musicians forget to write actual songs. Just down-tuning your guitars and puking your guts out won’t get you there. Yet another act in this endless stream of bands is Brazil’s Convulsive, however, this foursome does manage to strike the right chord.

Although here too much emphasis is placed on the Autopsy and Incantation-like Death Metal with the necessary ‘Lost Paradise’-elements and in which the spirit of Asphyx clearly haunts, the band does not necessarily sound like a dime a dozen band. Sure, it is unoriginal and nowhere does it sound ground-breaking, but the band maintains a minimal form of dynamics by alternating tempos, using some guitar leads and incorporating some more classic Doom passages. Something that is especially audible on the closing ‘Wurdulak’, which is arguably the best track of the album. The grinding sound of the Finnish Death Metal scene also seeps through the cracks. Perhaps the band has been listening to Convulse as well – you never know. Fans of the genre will certainly be able to appreciate this and I think it’s only a matter of time before Convulsive will be picked up by slightly bigger labels than the ones signed up for this debut. Recommended.