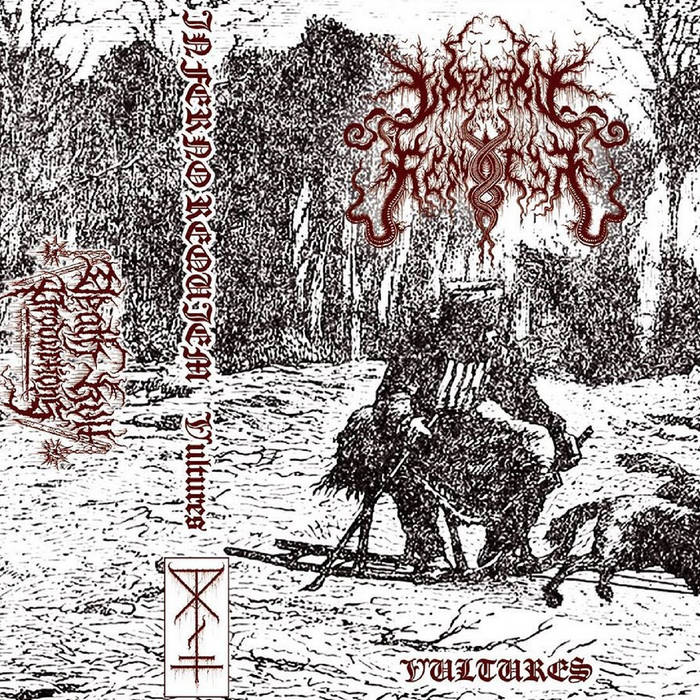 Maybe origin plays a role, Taiwanese Black Metal is not something that will be on everyone’s lips right now. But whatever the reason, things suddenly changed when Denmark’s Skjold decided to release 2016’s ‘Moon’ EP on vinyl in 2018. Entirely in line with expectations, hyped by the now defunct Nuclear War Now! forum, a run on this record ensued. Also not entirely surprising was the fact that scavenger label Livor Mortis also tried to jump the bandwagon and came out with another vinyl version of the same EP a year later. Regardless, the year 2018 turned out to be the tipping point, after which the act got more attention and lots of its releases are now more widely available than ever. And, frankly, rightfully so.

Last offering in the rather extensive discography of the Taiwanese (I am not even counting the output of his other bands/projects), is this 2-track EP with a total playing time of well over twenty minutes. All of the musical elements that gave the band its appealing atmosphere are still very much present: the deeply emotional and melodic tremolo riffs, the basic drums that are the beating heart of music and last but not least, Fog’s own reptile rasp. Everything was put in a very raw production, giving the EP its distinctive and cold sound, very fitting to the great (fold-out) cover art.

While Inferno Requiem might sound like just yet another Raw Black Metal band at first, Fog’s amazing talent of wrapping it all up in a mesmerizing sharp and melodic soundscape is seeping through each of his compositions. The music breathes a Nordic, ice-cold triumph and is able to masterfully add a melancholic and forlorn touch to it, making a unsettling journey out of all his work.

And to that tradition, with ‘Vultures’ Fog added an equally impressive piece to his track record and with that, he closes his ‘Golden Horde’ series, once started with 2019’s ‘Wolf From Onon Realm’. If you happen to have missed out on Inferno Requiem’s output in the past, this EP is a good start as it offers some of the best material Fog created so far.