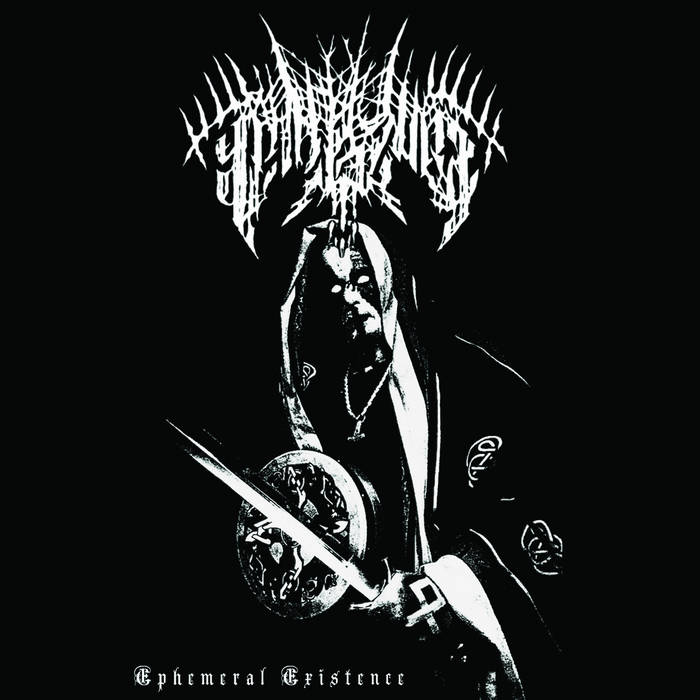 Canada brings us Black Metal excellence once again! Hails! Panzerwar, solo project of Gautaz, has been releasing music independently for a few year now. If you are one for 2nd wave Black Metal worship, here is a solo project you should really be checking out.

Originally “Ephemeral Existence” was released as a digital demo in early 2020, but has gotten the vinyl treatment from Teutonic Fury Records. I find Panzerwar’s sound to be right in that pocket of mid to late 90s golden era of Black Metal. Siding a bit more on the aggressive side, than the atmospheric, Panzerwar offers an incredibly solid album here. Crushing, cold, and fast tempo riffing really brings home the anger fueled song writing. Pulverizing blast beats with some Punk style drumming to add complexity to the presentation of the album. The vocals of Panzerwar really sore above the riffs as well. Gautaz uses extremely violent and raging vocals and it really solidifies the overall ferocious, rampaging sound of Panzerwar on this record. This album, and Panzerwar in itself, is very reminiscent of early Darkthrone and Marduk, while still upholding unique style and sound.

This record, and all other release by Panzerwar, is high grade Black Metal coming from the frozen wastes of Western Canada. (Fetid Priest of Pestilence)