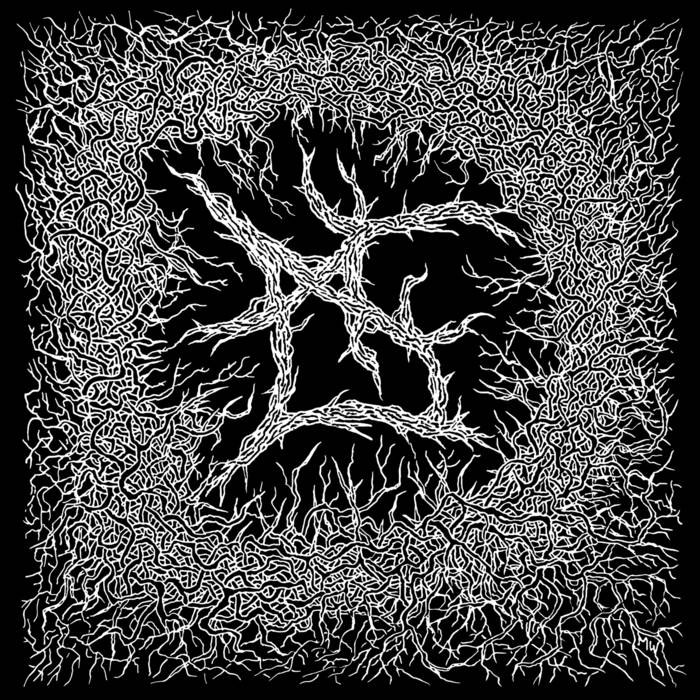 Prolific Black Metal one man project Lungtoucher have entered into collaboration with the equally prolific Death Prayer Records to unleash their debut full length album upon us, through the medium of both cassette and LP. Since 2019 this Wintery Wiltshire pairing have blighted the world with EP and split releases, but ‘The Ninth Incantation’ marks a significant step up in terms of both musical and song writing ability, as well as ambition.

Opening with the droning, ritualistic tones of ‘The Banishing’, Lungtoucher immediately settle into an uneasy and somewhat disturbed rhythm, drawing together malodorous snarling vocals that rise through murk and gloom before tailing off into cleaner, off kilter ceremonial meandering chants. Muffled symbol and skin beating tones fight for supremacy against anguished howls and ice cold guitar leads as the crawling intensity of ‘Burning Effigy’ takes a firm grasp, rising steadily towards a cataclysmic crescendo before levelling off into a plain of sheet raw barbarity! With a contrasting blast on medieval sounding synth and a dual vocal approach of demonic howls and shrieks, mixed with cleaner chants, ‘Temperance’ casts an eerie parlance upon proceedings and a breaks up the raw savagery for a moment of calming and also magisterial darkness before leading seamlessly into the rampaging belligerence of ‘Imprisoned Zealot’, whose direct frontal assault settles into maniacal vocals, a cacophony of symbol clashes and drum beats, and all with a subtle yet intriguing dungeon synth undertone.

The album title track ‘The Ninth Incantation’ offers up a more fierce dose of ravenous synth before unleashing unholy hell through vibrant punishing drums and unrelenting riffs, creating a high intensity burst of almost hypnotically engaging heaviness, a maelstrom of Black Metal from inside of an asylum! Penultimate offering ‘Glorious Flames’ marks the albums longest ritual, a deeply melodic and stirring encounter that taps into Lungtouchers penchant for raw insanity, gripping guitar leads and synth tones woven into the very fabric of the song, as well as fading out with a beautiful and haunting melody. This roaring, majestic opus sadly has to come to an end, but closes gloriously with the droning, unremitting barbarity of ‘Opening the Seals’. And so a truly magnificent debut album draws to a close. Nothing more to say other than be sure to stop by Death Prayer Records and obtain this unmissable slice of UKBM whilst you can! (Marksson)