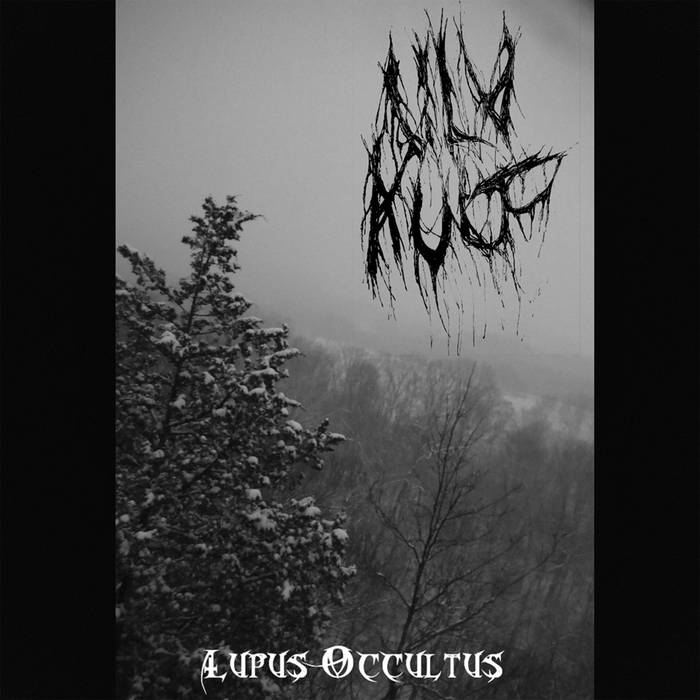 Hailing from various parts of the US, the trio known as UlvKult presented themselves to the world on January 15th through the release of their debut EP “Lupus Occultus”. In just over twenty minutes, the band cast five spells of Black Metal necromancy. As is often the case on this type of release, the production is raw and somewhat thin, which is often the point. It certainly casts a certain spell over the music, a sense of dark misanthropy, rooted in realism, and created viscerally from within the being of the musicians involved. It’s like the difference between witnessing the results of a brutal car crash on a human body and watching the same on a fictional TV program. The former, like this band, is so much more real.

Though it’s not clear from the information on Metal Archives, it’s possible a drum machine was used. It’s a little hard to tell – some of the drumming sounds organic – but there is certainly no drummer credited for the project. Vuk handles the vocal duties with a harsh rasp. Kohnarikriin provides the riffs and tremolo, as well as some backing vocals. If I have one complaint, it’s that the guitar is a little far back in the mix. The riffs are quite good and deserve a hair more focus. Draugr Tharkun handles bass (a little more forward than much Black Metal, but I don’t mind a bit) and also some backing vocals.

Overall, “Lupus Occultus” is a quality addition to the raw side of USBM. Bleak, fiery, and rough around the edges, this relatively brief offering places them firmly on my “to watch” list for future releases. (Hayduke X)