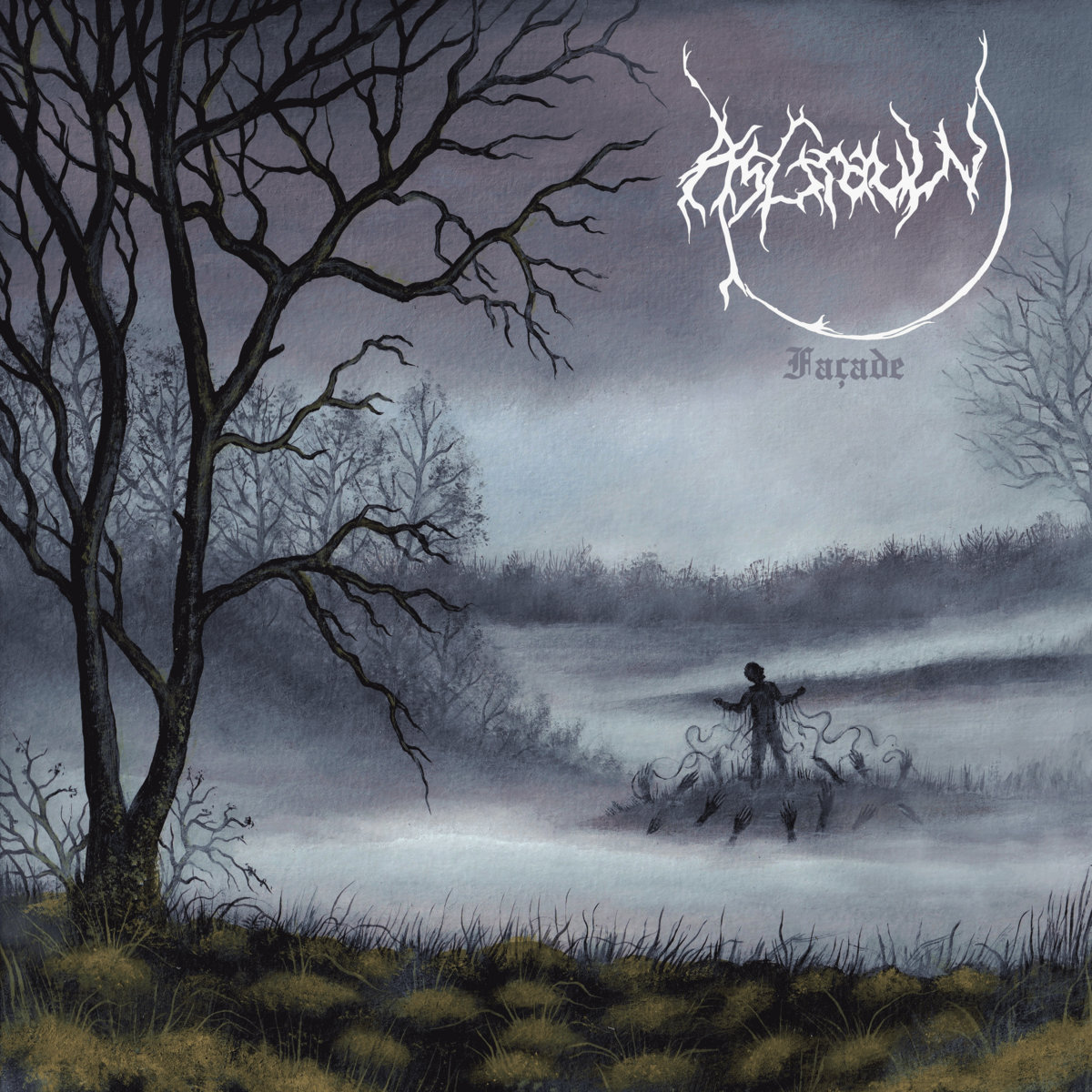 Hailing from the Gelderland region of The Netherlands, apocalyptic Black Metal band Asgrauw (Dutch word meaning Ashen) have returned once more with their fifth studio full length album, set to be released this October by UK label Death Prayer Records, who will initially release the album on both cassette and vinyl, with a CD set to follow later on.

Having listened to ‘Façade’ a couple of times now I’m struck by the similarities in the vocals (One half of them at least) to Primordial’s Nemtheanga, who has a deliberate style of shouting his words which I’ve always found remarkably enjoyable. Here, Asgrauw combine this style of vocal work with more traditional Black Metal singing, somewhere between a growl and a shriek.

Any further association with the sound of Ireland’s most famous Celtic Black Metal band though is hard to find, as these Dutchmen focus on a much more in your face, aggressive style of play, mixed with wonderfully atmospheric undertones and some delightfully atmospheric interludes, like a faster paced and more belligerent version of Drudkh.

‘Façade’ is an album that requires a few listens before it’s true nature can really sink in. Rather than a simple blasting of Black Metal ferocity, a trait which this album does possess, Asgrauw instead have layered their opus with multiple sounds and undertones, so whilst the predominant style is that of furious blast-beats and riffs colder than an Arctic wind, the dark brooding melodies that lay beneath the aggression, interwoven into the tapestry of the album, show a band who like to keep their work complex and their audience forever listening for various nuances. To finish, the artwork is also impressive and will look superb in the flesh, especially adorning a 12″ vinyl cover. (Luke Hayhurst)