I Am The Night – While the Gods are Sleeping 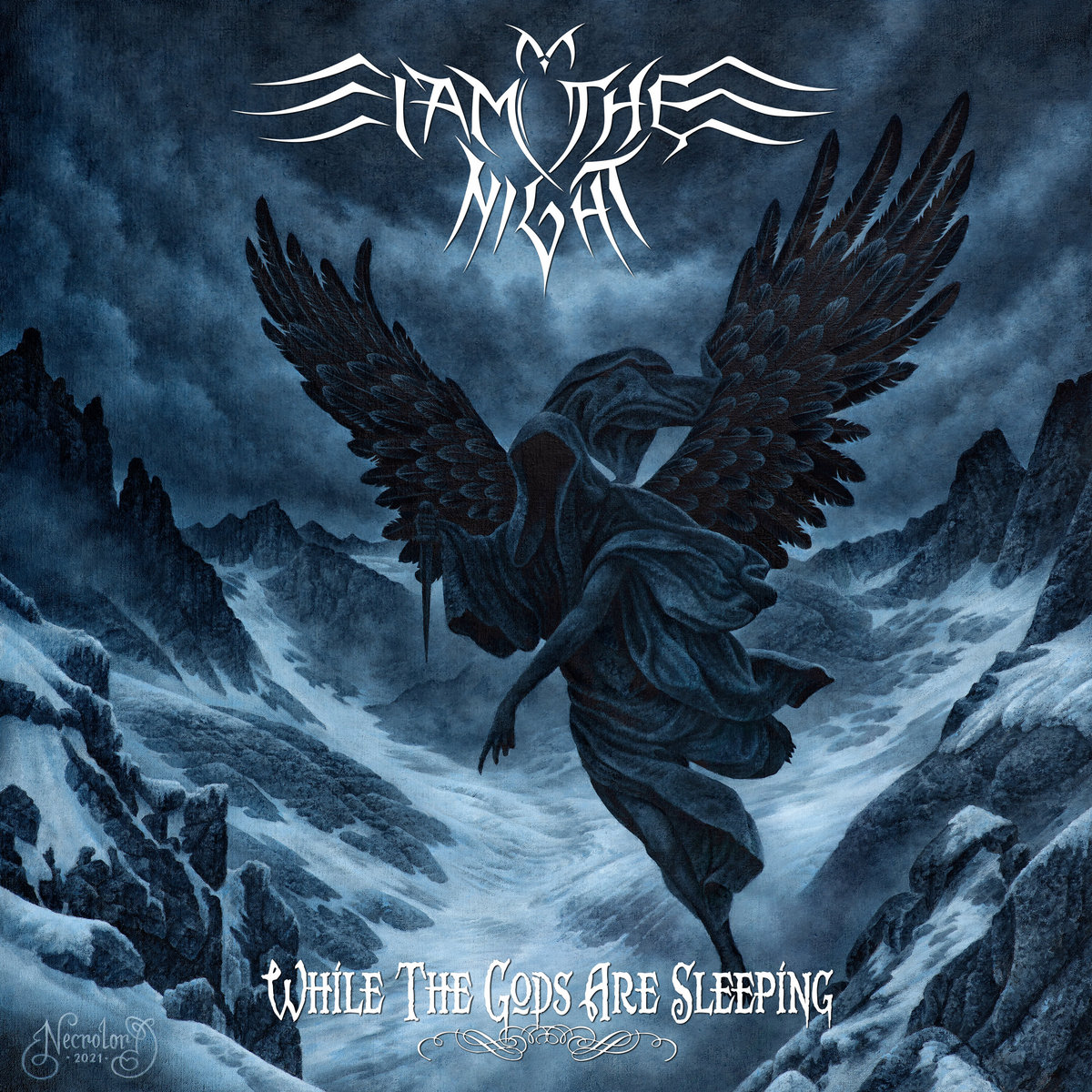 In the mid 90’s, Markus Vanhala (Insomnium, Omnium Gatherum) and Janne Markkanen (ex-Omnium Gatherum) dreamt of once starting a melodic Black Metal project. In the end, that never happened as their other bands gained popularity and the dream was put on ice. But as soon as the pandemic crippled society, they thawed their once forgotten dream and started I Am The Night together with vocalist Okko Solanterä (Horizon Ignited) and the young drummer Waltteri Väyrynen (Paradise Lost, Abhorrence, Opeth and many more). The public got the first glimpse of the Finnish band upon the release of their single ‘Hear me O’ Unmaker’. The combination of the symphonic Black Metal heard on the single as well as the Gustave Doré cover made a comparison with Emperor pretty obvious, something only enforced by the a cover version of the Emperor track ‘Acclamation of Bonds’ on the B-side of the single. This turned out to be only the beginning, as the band continued to show their appreciation for the genre with the release of their debut album ‘While the Gods are Sleeping’, released in 2022 through Svart Records.

Despite that I Am The Night is a Finnish band, the sound of their Black Metal is almost exclusively influenced by their Scandinavian neighbours. The main influence of in particular ‘Anthems to the Welkin at Dusk’ period Emperor is obvious in pretty much everything they do. This touches on healthy worship in specific guitar riffs in ‘Dawnbearer’ which have the exact same tone and sound as the Emperor track ‘The Loss and Curse of Reverence’. At the same time, even though the song title ‘Ode to the Nightsky’ hints at more obvious Emperor influences, the song rather sounds decisively Swedish, very much like the work of Dissection. In general, these two bands can be considered the main chunk of the influences heard on ‘While the Gods are Sleeping’, although admittedly it’s all a little bit less vicious as especially the Emperor material. In some spoken bombastic parts, the band also has a flair of Cradle of Filth. Just listen to the song ‘The Owl’ after about a two and half minutes. That riff around 0:25 sounds awfully familiar too, but I just can’t remember where I heard it before… Anyway, even though there are a lot of elements that sound a lot like for instance Emperor, it does result in interesting tracks. ‘Among the Unseen Ones’ is a particularly strong track with the passionate repeated lyrical recitation near the end as one of the album highlights. And that’s what I take along from listening to this album. The influences are so obvious that originality is not something you should expect and probably not what the band aimed for. These are lauded musicians however, that perform a tribute to 90’s Black Metal with great skill and respect. And what better way to top that off than with a Kristian “Necrolord” Wåhlin album cover?

Melodic and symphonic Black Metal is reaching peak popularity once again. A band like I Am The Night fits perfectly in that current appreciation for the genre, delivering a strong tribute to Emperor and Dissection on ‘While the Gods are Sleeping’. The record is really worth a listen to fans of melodic and symphonic 90’s Black Metal. (VincentP)

I Am The Night