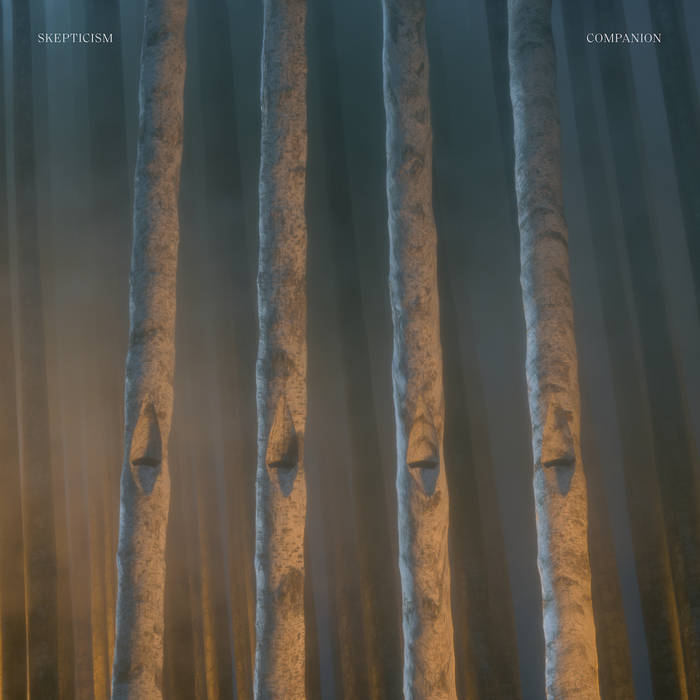 One of the longest running extreme Doom Metal bands definitely is Skepticism. Together with their Finnish compatriots and peers of Thergothon, Skepticism singlehandedly helped shape the Funeral Doom genre. The band does bring those heavy riffs in a 6.66 BMP pace, but they were never as crushing or had this ultimate chasm gazing sound like a lot of the bands that later refined and perfected the genre, nor were they as bleak and sinister as Thergothon. Yet, Skepticism were always a band that had a very distinctive sound, very different from almost any other band, in fact, only Pantheïst was able to reflect a sound that was akin to Skepticism’s.

Being quite a unique entity in the extreme Doom Metal scene made them a bit of a love/hate sort of band, but if you belong to the first group, the band always offered solid albums. Although their ‘Stormcrowfleet’-album from 1995 remained their absolute classic album, a pinnacle in the genre and, frankly, one of genre-defining works that showed the world that metal can be equally dark, heavy and mind-bending when played at very slow tempos. With their latest work, ‘Companion’, released at the end of last year by Svart Records, they have added another album very much worthy to bear the Skepticism name.

‘Companion’ brings those compelling riffs that go hand in hand with those heavy organs, together making for that trademark Skepticism sound, a musical blueprint that they have been perfecting since their inception. That so recognisable sound will have gained extra strength from the never-changed line-up since 1991; for some three decades now, Skepticism has been ruled by the same souls. Consequently, those souls are easily audible throughout the discography and just as much through ‘Companion’. Although the sound did became gradually less gritty since ‘Stormcrowfleet’, its very soul still lives on in today’s Skepticism. It is those compelling, beautiful piano and organ melodies that keep on being the appealing, beating heart of the band. Yet, together with those organs, the slow and heavy riffs are painting its haunting yet mournful soundscape, with especially the organs giving the band its almost sacredly religious sound. Matti Tilaeus’s deep vocal delivery is topping things off and making ‘Companion’ another great Skepticism album.

To me, ‘Companion’ is an album that is quite a lot easier to get through than the preceding ‘Ordeal’, in fact, it comes rather close to the absolutely great ‘Alloy’ (2008). Regardless of personal preferences or taste, Skepticism is a band to appreciate for its endurance, perseverance and dedication. Never did they stray from their musical path, only releasing quality material and with their line-up being stable since 1991 and none of the four band members ever being involved in any other band, their commitment is not only unique but above all praiseworthy.