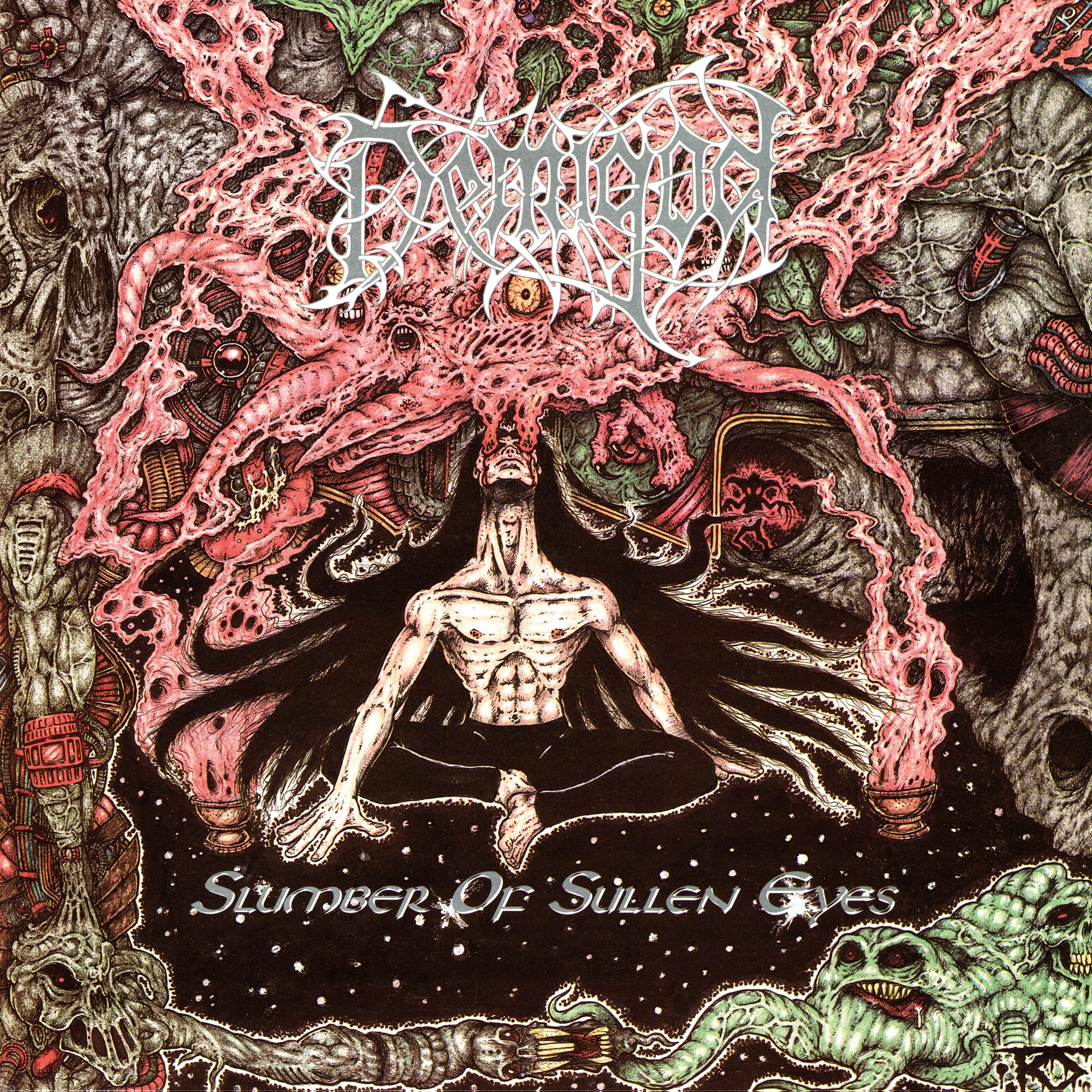 The Finnish Death Metal scene is a quirky one. Not only did it crystalize somewhat late, it also formed quite independently from the exploding US and Swedish scenes in terms of influences and sound and was instead rather more Brittish Grindcore inspired. But even more typical, it was extremely short-lived. Most bands, often consisting of teens, frantically recorded extremely high standard demos within months of inception. Some of them ended up never releasing an actual album (for instance Abhorrence). Others released genre-defining debuts, only to quickly grow tired of the genre and venture into completely different directions (Xysma, Sentenced, Disgrace and Convulse most notably). In fact, if reunions weren’t a thing, the Finnish Death Metal scene would hang by the thread of just a few bands like Rotten Sound (and that’s arguably more Grindcore than Death Metal) that have survived past the early 90’s explosion. What is clear however: Despite the short duration, the Finnish Death Metal scene left a mark on extreme music that cannot be forgotten. And the 2010-and-beyond resurgence of old school Death Metal has brought new life to the scene, focussing once again on the so typical heavy crushing sound of the fore-bearers.

One of the undeniable classic bands of the Finnish Death Metal scene is Demigod. Not only were they one of the first, their material is beyond doubt amongst the very best (Finnish) Death Metal has to offer. Formed in the town of Loimaa in 1990, their potential became immediately clear with the stellar ‘Unholy Domain’ demo released in 1991, arguably one of the best demos to come out of the booming scene. This was followed in 1992 by their debut album, ‘Slumber of Sullen Eyes’ which was released by the Spanish Drowned Productions. This label, formed by Dave Rotten of Avulsed fame, would later re-release the album on CD and vinyl under the new name of Xtreem Music. But despite that, the album has remained a much sought-after classic. Until 2022, when Svart Records took it upon them to re-release the album on CD, vinyl and cassette. This edition bears a modernized version of the cover, once again courtesy of original artist Rob Smits. And in the case of the vinyl, the original source was re-mastered by Noise for Fiction for optimal quality. As an owner of the Xtreem Music press of this album, I can only applaud the magnificent job Svart Records has done to honor this classic on the 30th anniversary of its release.

When it comes to the material, very few albums from the Finnish Death Metal scene are as typical for that specific sound as ‘Slumber of Sullen Eyes’. Even for a 1992 album the sound is well-produced, heavy and crushing, with low guttural vocals, yet groove and melody are never far away. It’s an album that has stood the test of time exceptionally well, and it has always featured frequently on my record player throughout the years. It’s songs like ‘As I Behold I Despise’, the title track and ‘Towards the Shrouded Infinity’ that get my Death Metal heart pumping all over again. In fact, if you would ask me to play a record that defines Finnish Death Metal, this would probably be the one. If you would ask me about the absolute best album of the scene, ‘Slumber of Sullen Eyes’ is an absolute no-brainer for the top three (with Sentenced’s ‘Shadows of the Past’ probably the only one that comes closest). If you talk about albums that inspired musicians worldwide to play this style of extreme music, this might be it.

Demigod would end up releasing three albums, but ‘Shadow Mechanics’ from 2002 and ‘Let Chaos Prevail’ from 2007 are quite far away from the debut album in style and quality. Perhaps that once again illustrates the volatile nature of the scene, which was all but dead after 1994. But the Finnish old school Death Metal sound survived and lives on in bands like Krypts, Stench of Decay and Corpsessed. And we have albums like ‘Slumber of Sullen Eyes’ to thank for that. Thank you, Svart, on behalf of everyone that can now add this classic to their collection. Simply a must have album if you like old school Death Metal.