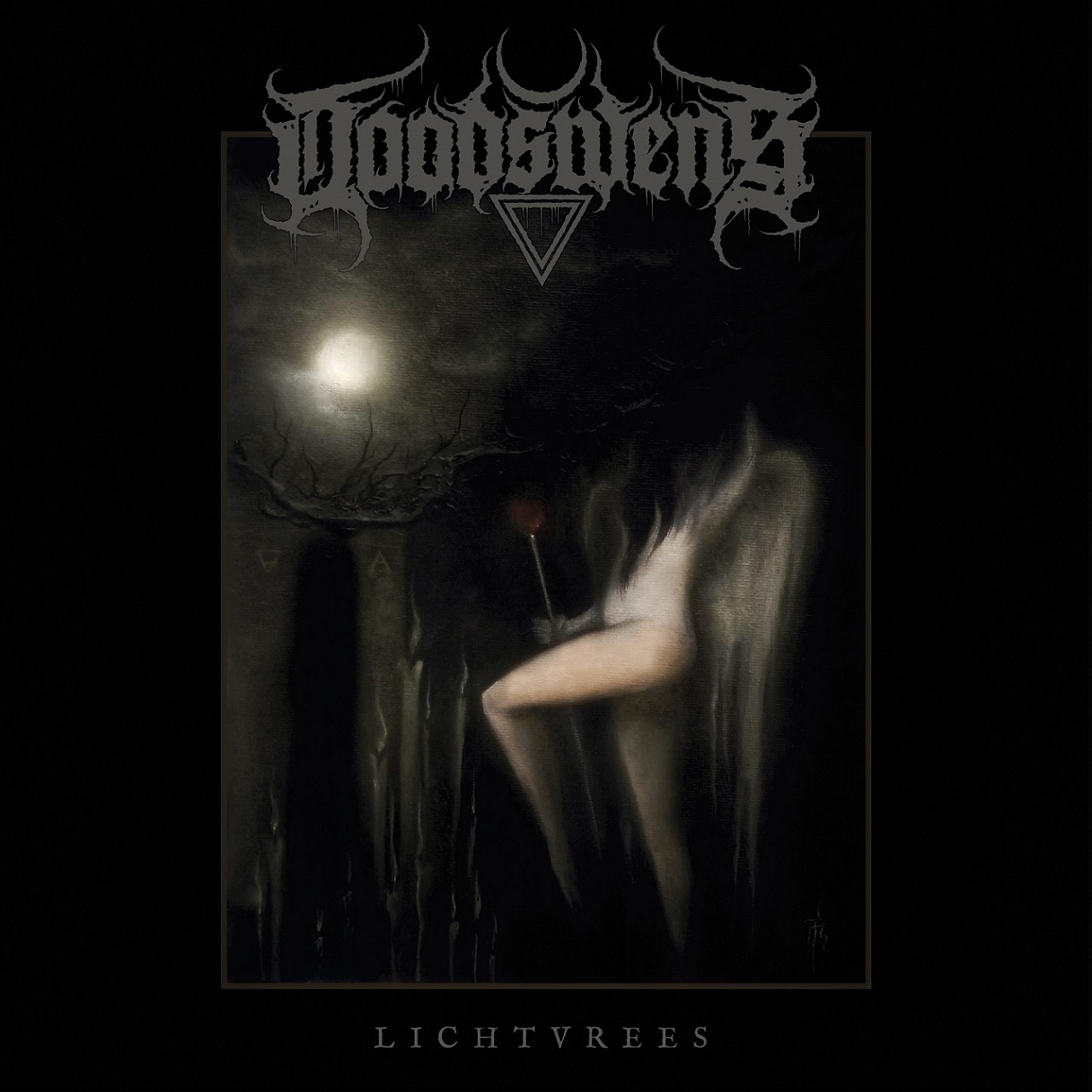 Anyone with a little interest in the Dutch Black Metal scene must have stumbled upon Doodswens at some point over the last past two years or so. But although it is rather unique to have a two-piece all-female Black Metal band, I think it is time to look past this trivial aspect and to concentrate on the music only. In the end, that is what we are here for.

After delivering a well-received demo tape (also pressed on CD by Headbangers Records and 12” vinyl by Zwaertgevegt) and a split 7” EP with Adversarius (also by Zwaertgevegt) Doodswens now presents their first full-length album: ‘Lichtvrees’ (Dutch for ‘fear of light’). Though the previous recordings were pretty well received and the band got quite some media coverage, it still surprised me that the renowned Svart Records picked up this young band to release their debut album. Thumbs up for them and a great start for Doodswens too.

Musically there is no big changes compared to the band’s first recordings, the big difference is that on ‘Lichtvrees’ everything comes to full fruitation. The production, though still raw and sharp, is much better and gives more space to the individual songs to prosper. There is quite some variation from song to song, which gives the full 36 minutes of the album a pretty daring and attractive character. They go from rather fast paced tracks, like the opener ‘In Mijn Bloed’ and ‘Het Zwartewaterland’ to the more hypnotizing dirges of ‘Zwarte Staar’ and ‘Eindzicht’. The haunting melodies and ice cold, raspy vocals add to the somber feel of the album. Musical resemblances to Satanic Warmaster or Leviathan are therefor easily drawn, but because they also incorporate semi-acoustic passages, nature sounds and spoken-word samples, Shining comes to mind as well. The strength is definitely in the power of great song writing, the repetitive riffs and basic drum patterns instead of mind blowing, inimitable chaos or technical virtuosity.

This honest, back-to-basics Black Metal approach works well and results in a very strong debut album. And to me Doodswens is very much able to shake off the image they might have gotten, they are certainly more than only a gimmick. (FelixS)