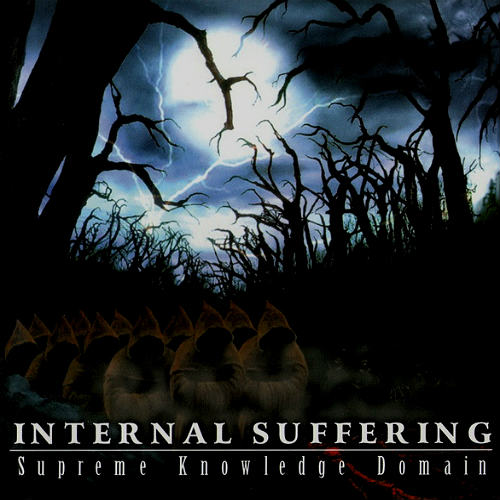 Like if there aren’t enough regular releases already, some record labels also feel the urge to re-release boring crap under the banner of ‘all-time classic’, to earn some extra money on a band that disbanded long ago anyway. The first release of this ‘Supreme knowledge domain’ was in the year 1999 (revolution 666!), and I can imagine why this disc has completely sold out back then.

The U.S.-death-genre got more & more popular, and certainly for those early years, this is probably one of the better examples of the genre. Ultraheavy riffs, hammering drums and to complete the classic 4-men band-structure, the throatfucking vocalist. But, despite the above; things do have changed since 1999. The production is way below average, too bad they didn’t do anything with that. And the vocalist is limited to about hooaargh and beurgh beurh beurgh, and that monotonous voice does get a little bit annoying after 14 songs. 14 songs? Yes, in addition to the 10 songs that were on the first release, four songs were added. All previously unreleased, and all seemingly well hidden in the band’s ‘secret unreleased songs basement’, because I couldn’t find the songtitle for any of ‘em.

In conclusion; a justified re-release? Yes, for it indeed was completely sold out, and it is not any worse than the regular, nowadays releases in this genre, which proves that this ain’t outdated. And so, if you totally dig this shit, this one is worth picking up. However, be aware of the fact that there are just better releases, so decide for yourself when visiting one of their Upcoming European tour gigs. (LoekK)