Horrocious – Depleted Light And The Death Of Uniqueness 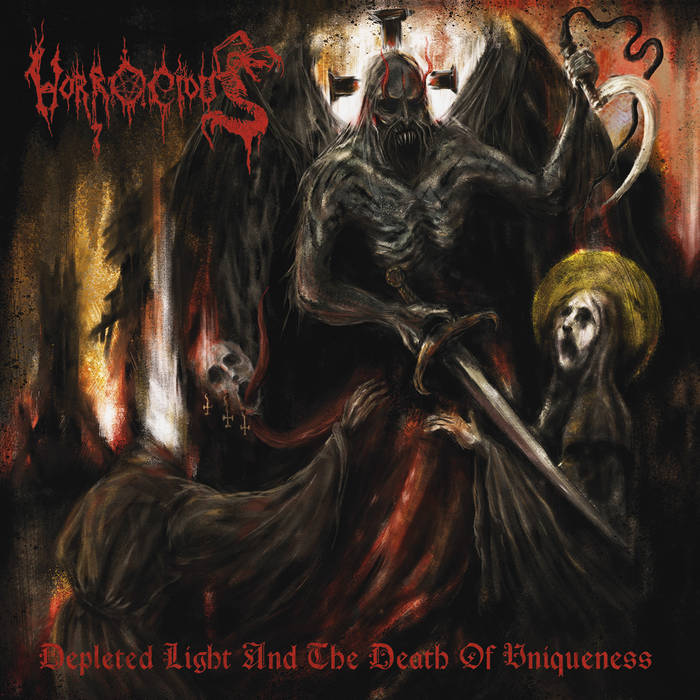 During the last decade I saw a lot of bands taking ground from Turkey and then disappear to later reappear. Hopefully most of them delivered some tasty extreme metal and Horrocious shall be no different. With members from Godslaying Hellblast, Eggs of Gomorrh, Sarinvomit, Persecutory and so on the expectations are even higher and promise a lot.

Their demo „Obscure Dominance of Nothingness“ is already 4 years old and was a good slab of Black Metal. The full length goes a step beyond their demo with a full force attack to your ears. Adorior, Antaeus or Acheronte are a few names that come to mind when the blast orgies penetrate you guts, while the bass and guitars burn your brain down from religious thoughts. The use of doublebass artillery between the blast section give the songs a space to „breath“ while still rolling Panzer like with ferocity and violence through the wastelands of humanity. After the burning comes frost. In the middle of the album a great song appears and a blizzard beast torments the minds (got that?). Horrocious are also able to incorporate some atmospheric moments with nice melancholic leads like in „Hidden In Infinite Chaos“. If you like fast relentless Black fukking Metal this is for you. (DPF)