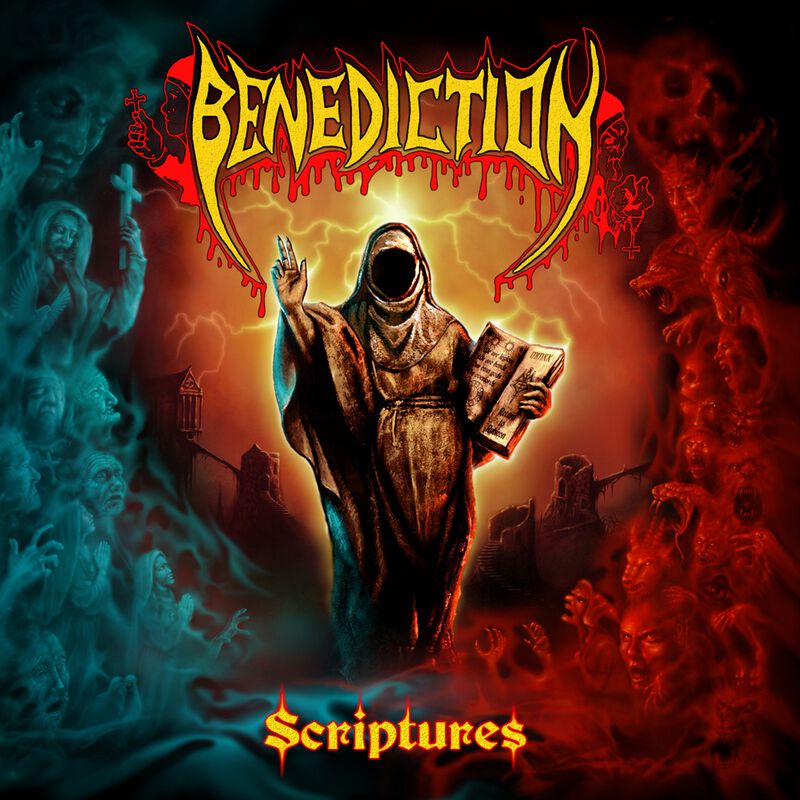 May 2019 marked the moment that vocalist Dave Hunt left Benediction to concentrate on his PhD studies and his other band Anaal Nathrakh. For many of the dedicated old school Benediction fans Dave has always been ‘that new guy’ in the band, but looking back, he already joined the band in 1998 (right after “Grind Bastard”), which marked 2019 as his 21-st year doing vocals for Benediction.

The band’s legacy will always be the first three classic records (of which the first one was recorded with Mark Greenway (who later joined Napalm Death) on vocals) and with Hunt only having recorded two albums, that both are far from the same quality as those classic albums, it is needless to say many of us looked forward to the grand return of Dave Ingram on vocals for a new Benediction album.

Though Ingram has never been much out of sight after his departure of Benediction, having recorded one album during his six-year period with Bolt Thrower for instance, it surprises how “Scriptures” throws Benediction back to the front. It is not only the overly recognizable barking of Ingram that gives a feeling like some sort of homecoming, but it propelled the band to new levels of regressive death metal. Though Hunt-era albums “Killing Music” and “Organised Chaos” aren’t the worst old school death metal albums out there, but they were never able to shake off their obvious mediocrity.

“Scriptures” on the other hand, has exactly that Benediction-punch, with slow and groovy riffs over nicely swinging drum patterns laid down by new drummer Giovanni Durst. The guitar duo Brookes-Rew have written some excellent old school tunes, like the Spotify/Youtube-singles “Scarecrow”, “Rabid Carnality” and the great opener “Iterations of I”. It is good to have Benediction back and to hear an album that sounds like the most suitable follow-up for “Transcend The Rubicon”. (FelixS)